SEOUL, June 3 (Yonhap) -- Prosecutors have discovered that Samsung Group combed through computers, notebooks and smartphones of the heads of Samsung BioLogics and its affiliate Samsung Bioepis to destroy evidence related to the former company's alleged accounting fraud.

Two executives of Samsung Electronics Co.'s business support task force, which is deemed to be the group's de facto control tower, carried out the search in person, according to prosecution charges obtained by Rep. Keum Tae-sup of the ruling Democratic Party from the justice ministry on Monday.

Last week, the two executives were indicted on charges of ordering the destruction of key evidence of the alleged accounting fraud.

The task force began the evidence removal in May last year when the Financial Supervisory Service took actions against Samsung BioLogics' alleged window dressing, including a request for a prosecution probe into it.

One of the two executives, surnamed Suh, and his subordinates visited the Samsung BioLogics' plants in Incheon, west of Seoul, to search through computers and notebooks of employees there.

They deleted all computer files and emails that contained keywords like "VIP," "JY" and "vice chairman," which could refer to Samsung Electronics Vice Chairman Lee Jae-yong, according to the charges.

Similar work was also conducted at Samsung Bioepis under the command of another task force executive, surnamed Paek, according to prosecutors. 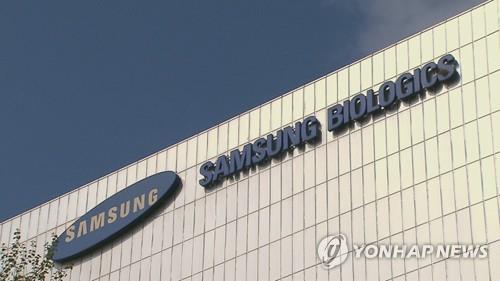 The prosecution found the concealed items in a recent raid.

Earlier, the financial watchdog estimated in its own inquiry that the alleged fraudulent accounting by Samsung BioLogics amounts to approximately 4.5 trillion won (US$3.9 billion). The then-loss-making Samsung BioLogics reported sudden profits in 2015 after it changed the method used to calculate the valuation of its stake in Samsung Bioepis, a joint venture with U.S.-based Biogen Inc.

Civic groups claimed the alleged fraud was intended to enhance Lee's control of Samsung Group by seeking to inflate Cheil Industries Inc.'s stake in Samsung BioLogics ahead of Cheil's merger with Samsung C&T Corp. in 2015. Lee is the largest shareholder in Cheil Industries.

Lee, the virtual leader of the conglomerate, was released from prison in February last year after being locked up for nearly a year for apparently providing bribes to ousted former President Park Geun-hye's confidante.

Samsung BioLogics has claimed that the change of accounting methods was in line with international accounting standards.
(END)