PAJU, South Korea, June 3 (Yonhap) -- Despite a quick turnaround from the end of his European club season, South Korea captain Son Heung-min will be available to face Australia in a friendly this week, the national team head coach said Monday.

Paulo Bento opened training camp at the National Football Center (NFC) in Paju, north of Seoul, earlier in the day. He called up 25 players for matches against Australia on Friday and Iran on June 11, but conspicuous by his absence on Monday was Son. 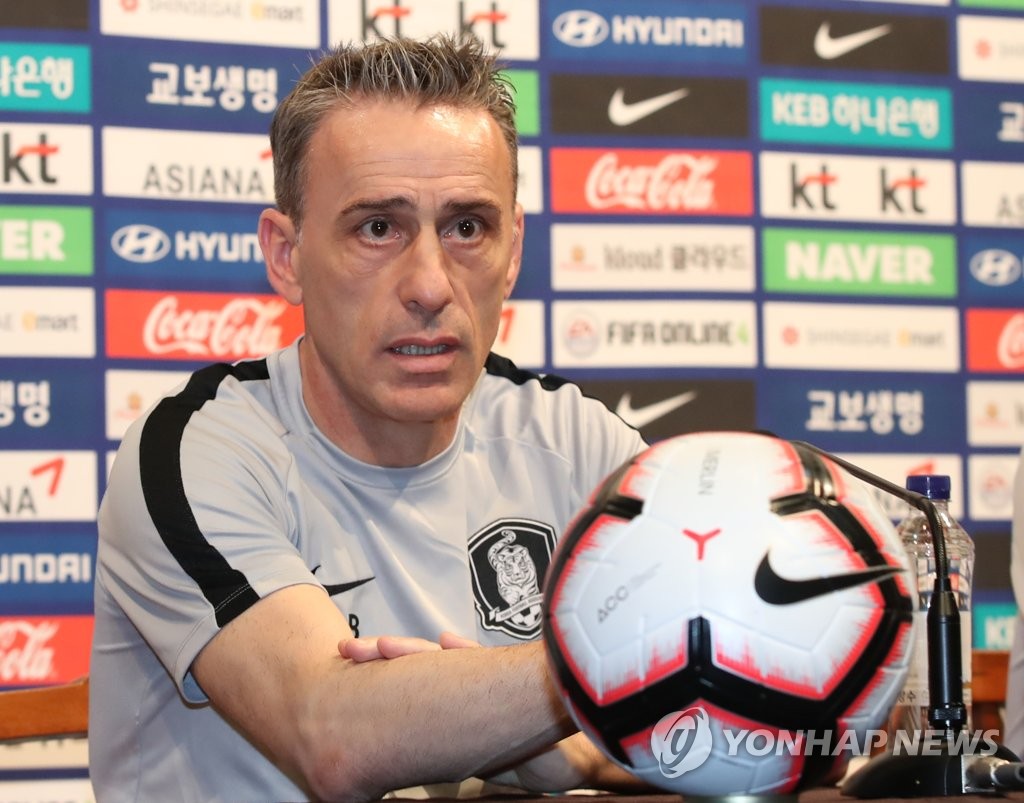 Son played in the UEFA Champions League final for Tottenham Hotspur against Liverpool, a match that kicked off in Madrid at 4 a.m. Sunday (Korean time). Son is scheduled to join the national team Tuesday evening.

Son is coming off an extended season that included the Asian Games in Indonesia from mid-August to early September and the Asian Football Confederation (AFC) Asian Cup in the United Arab Emirates in January. He's also had to answer the nation's calls for other friendly matches while helping carry the Spurs to their first-ever Champions League final.

But in Bento's book, when you're here, you might as well play.

"Everyone who's been called up this time will be available to play against Australia and Iran," Bento said at a press conference at the NFC. "(Son) will be able to start training on Wednesday, and after watching him work out, I'll decide what the best course of action will be."

One other player, Hellas Verona midfielder Lee Seung-woo, will also be a late arrival on Tuesday. His club played and won the Serie B promotion playoff finals against Cittadella over the weekend, with Lee appearing in the first match of the two-legged showdown. 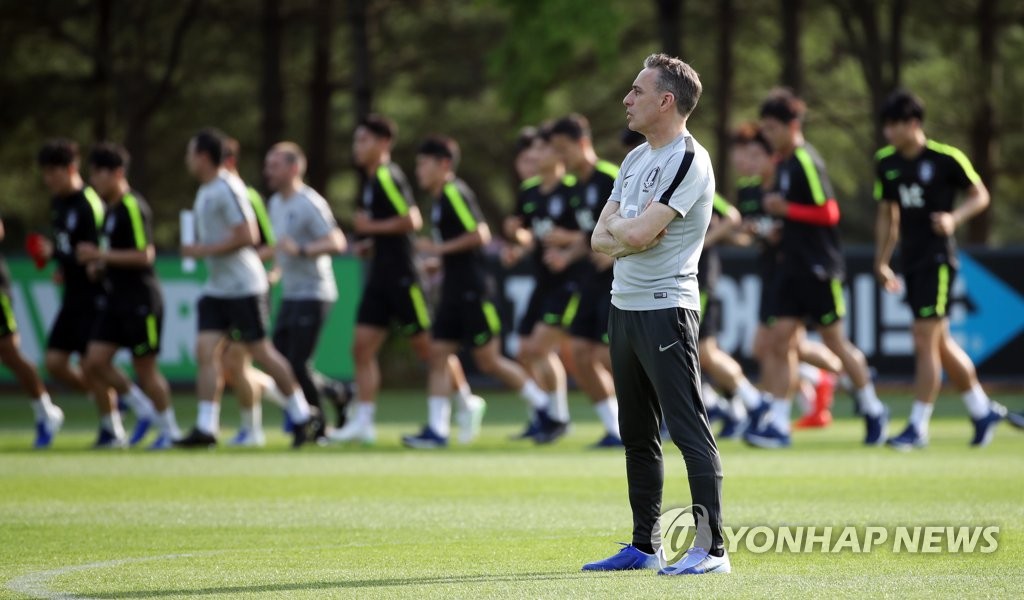 Bento said Son's offensive versatility makes him a valuable piece of the team.

"He can play as a striker, a shadow striker or a wing forward," Bento said. "So I think long and hard about how I could best utilize his talent before every match."

Bento said he would like other players on the team to be able to handle multiple positions.

"We have other attackers who can do that," the coach said. "When you have those versatile players, you don't have to use your substitutions to make tactical changes during the match."

"Kim Bo-kyung is a highly skilled player," Bento said of the former Premier Leaguer. "He'll be able to capitalize on his abilities in the middle, rather than on the wings."

Bento also gave forward Hwang Ui-jo a vote of confidence. The 26-year-old has blossomed into South Korea's go-to goal scorer under Bento, with five of his six international goals having come in an eight-match span from last October to January this year.

"Hwang Ui-jo has played quite well with the national team and has also shown a great attitude," Bento said. "He has proven that he's a competitive player."