SEOUL, June 4 (Yonhap) -- One of the two bodies retrieved from the Danube River was confirmed to be a South Korean missing in last week's deadly sinking of a sightseeing boat in Hungary, Seoul's foreign ministry said Tuesday.

That raised the death toll in the May 29 sinking to eight with 18 others still unaccounted for. Work is under way to identify another body retrieved from underwater later that day, according to South Korea's quick response team dispatched to Budapest.

The identified victim, who was discovered Monday (local time) 132 kilometers away from the sinking site, was a South Korean man in his 60s, the ministry said, citing the initial forensic result by Korea and Hungary.

The second victim, presumed to be a woman, was pulled from underwater at the site of the accident. Korean and Hungarian divers had gone into the water for the first time Monday as part of a test to determine if they can start searching in the river for the missing victims before salvaging the boat.

A tourist boat carrying 33 Koreans and two Hungarian crew members capsized and sank in the Danube River after being hit by a larger cruise ship last Wednesday.

The collision now has left eight Koreans killed and 20 people missing, including the two Hungarians. Seven were rescued shortly after the accident. 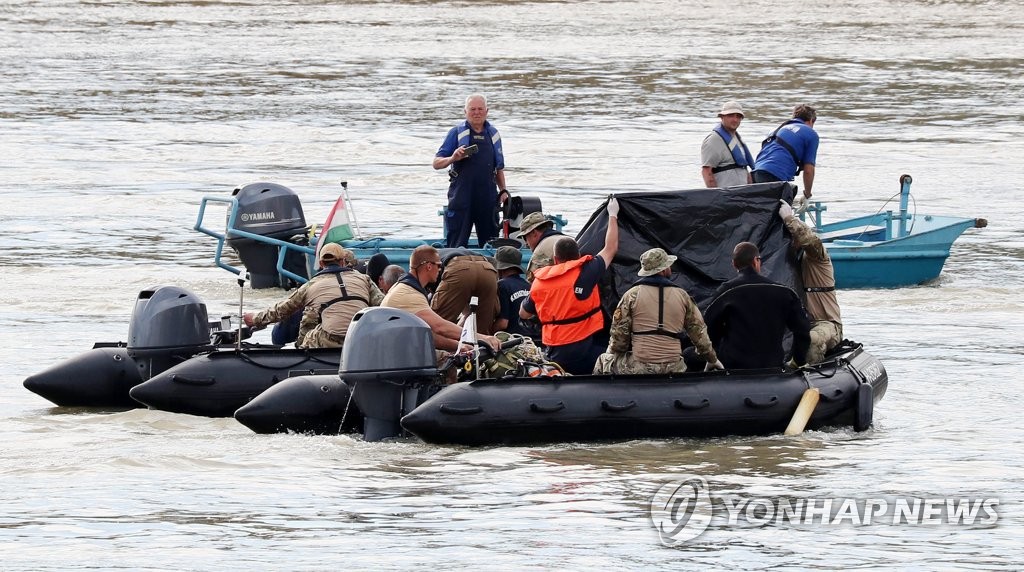