SEOUL, June 4 (Yonhap) -- South Korea's economy shrank at a faster rate in the first quarter than earlier expected, the central bank said Tuesday, spawning speculation that the bank will further trim its growth outlook for the year amid the escalating trade war between the United States and China -- the country's top two trading partners.

The country's real gross domestic product (GDP) backtracked 0.4 percent in the first quarter of the year from three months earlier, the Bank of Korea said.

The latest revision is lower than the central bank's earlier estimate of a 0.3 percent contraction made in April.

The on-quarter contraction was largely attributed to a dip in manufacturing output, which plunged 3.3 percent on decreases in production of computers, electronics and optical equipment.

Exports dipped 3.2 percent on-quarter in the January-March period, and business spending also plummeted 9.1 percent over the cited period, according to the BOK. 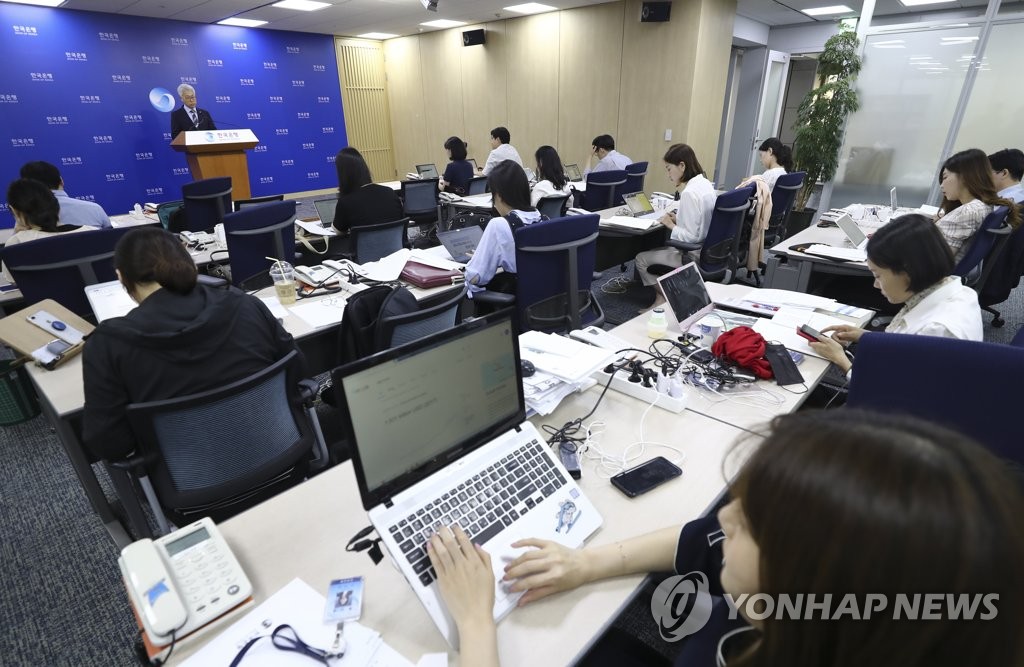 Concerns are rising that a slump in the country's exports may continue longer than expected in the face of a drawn-out trade dispute between the United States and China -- its top two trading partners -- although the decline in outbound shipments may be cyclical, partly caused by oncoming cycles in products that also happen to be Seoul's major export items, such as semiconductors.

In the three months ended March 31, imports also dropped 3.4 percent, according to the BOK.

Exports and imports are said to account for nearly 50 percent of the GDP of Asia's fourth-largest economy.

"Exports dropped partly because of a slump in the semiconductor market and also because of sluggish economic conditions in China," Park Yang-su, BOK director general of economic statistics, told a press briefing.

"Exports also continued to post negative growth amid the escalation of the U.S.-China trade dispute."

Whether South Korea will reach its growth target of 2.5 percent this year may depend on how soon the U.S.-China row ends, Park noted, adding it would require a seemingly difficult GDP expansion of 1.3 percent-1.4 percent in the second and third quarters, followed by a 0.9 percent on-quarter increase in the fourth quarter to reach that goal.

"Because there still exists a downside risk of the U.S.-China trade dispute further escalating, whether the country will attain the growth target and whether the BOK will revise its growth outlook may be determined later in July," he said.

In April, the central bank cut its growth outlook for the year to 2.5 percent from 2.6 percent, citing a sharper-than-expected drop in exports and business spending.

The country's finance ministry has put out its own growth estimate of between 2.5 percent and 2.6 percent for the year, but it is widely expected to trim the growth projection either in this month or next month, in the face of the escalating trade war between Washington and Beijing.

The state-run Korea Development Institute has revised down its 2019 growth outlook to 2.4 percent from the previous 2.6 percent, while others, including the Korea Economic Research Institute, expect an annual growth of as low as 2.2 percent for Asia's fourth-largest economy. 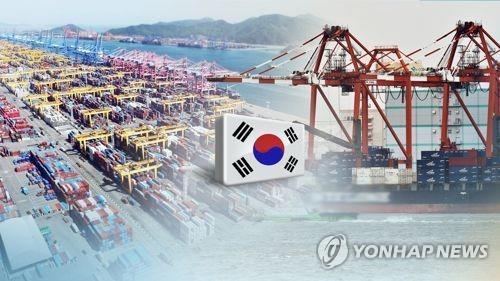 Total output in the construction sector declined 1 percent in the January-March period, with construction investment shrinking 0.8 percent from the previous quarter.

Production in the service industry rose by 0.8 percent, partly helped by a 0.1 percent expansion in private consumption. Government spending rose 0.4 percent in the first quarter of the year from three months earlier.

With a dip in GDP, the country's real gross national income decreased 0.3 percent from the previous quarter.

The country's gross saving ratio, or the ratio of disposable income, stood at 34.5 percent as of end-March, down 0.9 percentage point from three months earlier, according to the BOK.

Its gross domestic investment ratio came to 30.7 percent, down 0.7 percentage point from the previous quarter.