(ATTN: UPDATES with comments and details in paras 2-7; ADDS photo)

SEJONG, June 4 (Yonhap) -- South Korea's consumer price growth stayed below the 1 percent threshold for the fifth consecutive month in May due mainly to expanded social welfare schemes that helped rein in a rise in service charges, government data showed Tuesday.

Consumer prices rose 0.7 percent in May from a year earlier, marking the lowest for any May since 2015, when the corresponding figure stood at 0.6 percent, according to Statistics Korea.

Kim Yun-sung, director at the agency's price statistics division, said increased welfare and free education, as well as the decline in prices of petroleum products are behind lower consumer prices.

Prices of petroleum products fell 1.7 percent in May from a year earlier, while prices of agricultural, livestock and fishery products rose 1.2 percent in the same period, according to the data. 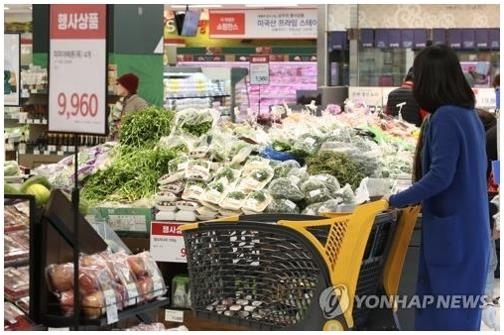