SEJONG, June 4 (Yonhap) -- South Korea's consumer price growth stayed below the 1 percent threshold for the fifth consecutive month in May due mainly to expanded social welfare schemes that helped rein in a rise in service charges and a decline in oil prices, government data showed Tuesday.

Consumer prices rose 0.7 percent in May from a year earlier, marking the lowest for any May since 2015, when the corresponding figure stood at 0.6 percent, according to Statistics Korea.

Kim Yun-sung, director at the agency's price statistics division, said increased welfare and free education, as well as the decline in prices of petroleum products are behind lower consumer prices.

Prices of petroleum products fell 1.7 percent in May from a year earlier, while prices of agricultural, livestock and fishery products rose 1.2 percent in the same period, according to the data.

The data came amid growing calls for a rate cut in Asia's fourth-largest economy, although the Bank of Korea remains cautious about tweaking its monetary policy.

The central bank left its policy rate unchanged at 1.75 percent Friday for the sixth straight month amid lingering concerns over weaker economic growth, but one of its rate-setting board members cast a dissenting vote.

There are growing arguments for the BOK to cut the key rate as an escalating trade feud between the United States and China is hurting global demand for South Korean goods.

The U.S. and China are the world's two largest importers of South Korean products. 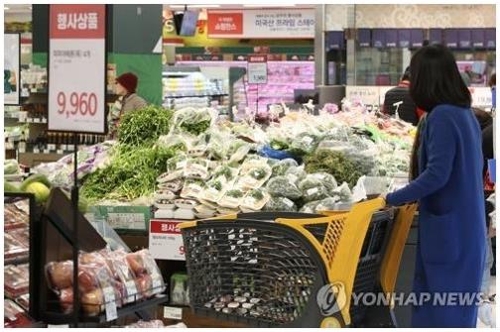