SEOUL, June 4 (Yonhap) -- Fresh off her U.S. Women's Open victory, Lee Jeong-eun has soared to No. 5 in the latest women's world golf rankings.

The South Korean rookie sensation jumped 12 spots to reach her highest position in the world rankings announced Monday (U.S. time). Lee rallied from a two-shot deficit through 54 holes to take the U.S. Women's Open at six-under 278 at the Country Club of Charleston in Charleston, South Carolina, on Sunday.

Lee is one of five South Koreans inside the top 10.

Ko Jin-young stayed at No. 1 for the 10th consecutive week, and former No. 1 Park Sung-hyun stayed put at No. 3.

Ryu So-yeon, one of three runners-up behind Lee at the U.S. Women's Open, rose four spots to No. 8. Park In-bee slipped three notches to No. 10. 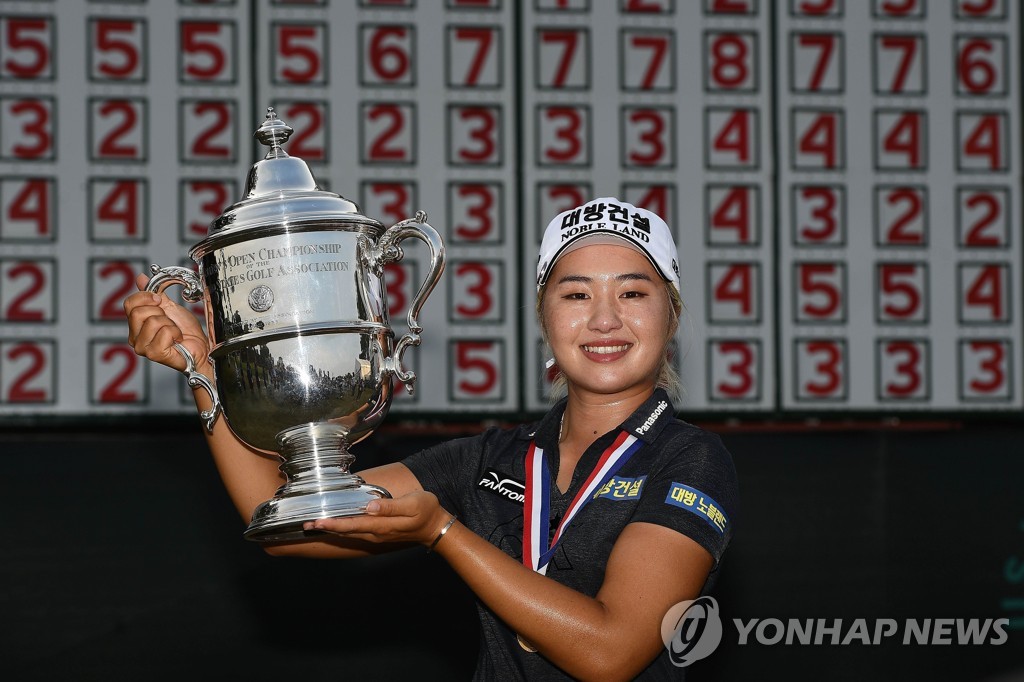