SEOUL, June 4 (Yonhap) -- South Korea's per capital income reached a record level of over US$33,000 last year, an increase of more than $2,000 from an earlier estimate, due to a revision of the benchmark year aimed at better aligning the country's statistics with those of other countries, the central bank said Tuesday.

Under the latest revision, the Bank of Korea changed the reference year for national accounts to 2015 from 2010.

The revision included changes in total output and value added of each industry that incorporate a wide range of new and revised source data, such as the economic census, according to the BOK.

"As a result of the revision, the nominal level of GDP in 2015 was revised upward by 6 percent, while the annual growth rate of GDP was up by 0.2 percentage point on average over the 2001 to 2018 period," BOK said in a press release.

GNI per capita expanded by 5.8 percent annually in U.S. dollars over the revised period, it added. 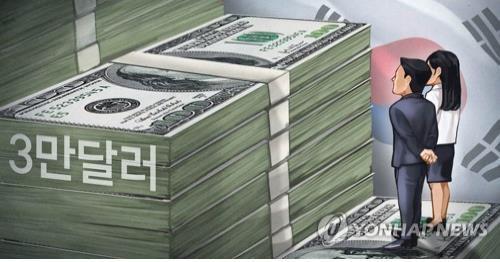