GENNEVILLIERS, France, June 4 (Yonhap) -- When South Korea qualified for the round of 16 at the FIFA U-20 World Cup in Poland, players and coaches on the women's national team preparing for their own FIFA tournament elsewhere in Europe were paying attention.

With the FIFA Women's World Cup in France just around the corner, South Korea head coach Yoon Duk-yeo is hoping his players will be able to feed off the energy of the youth national team. 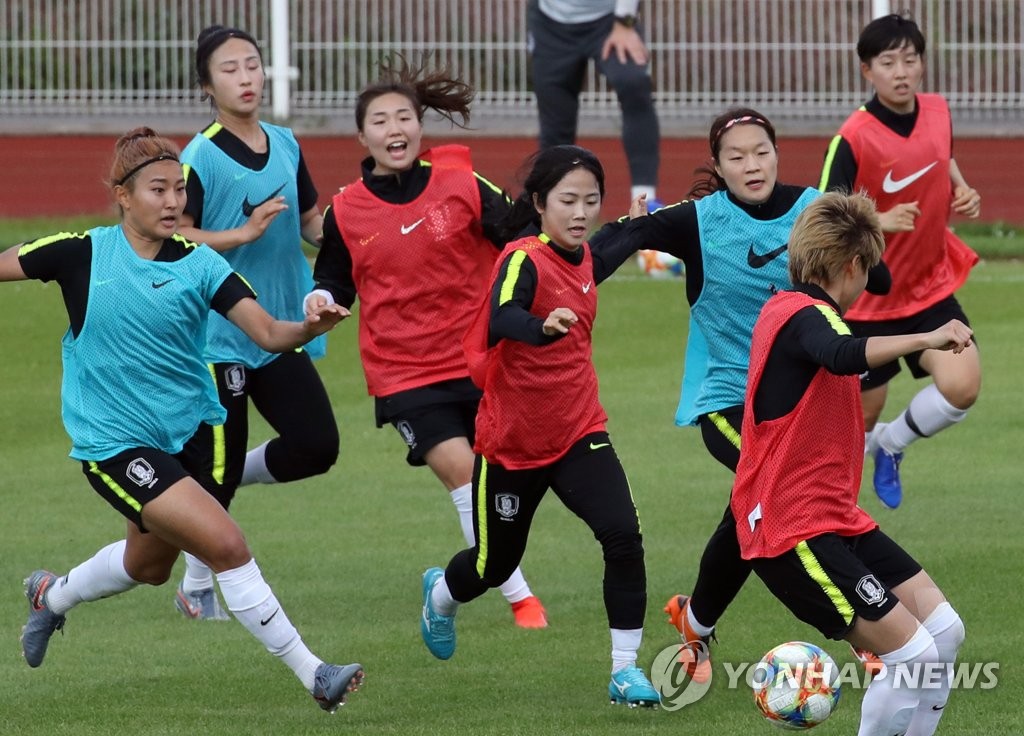 "I am sure this has been inspiring for our players," Yoon said after his team's practice on Monday at Stade Louis Boury in Gennevilliers, France, located in the Paris suburbs. It was South Korea's first workout since arriving the previous evening.

The U-20 team faced Portugal, South Africa and Argentina in what many considered the toughest group but came away with two wins and one loss to reach the knockout stage. South Korea will take on Japan in the round of 16 Tuesday evening in Poland.

At the Women's World Cup, the 14th-ranked South Korea also face a daunting task, having been paired in Group A with France (No. 4), Norway (No. 12) and Nigeria (No. 38). The first match against France is also the tournament opener kicking off at 9 p.m. Friday (local time), or 4 a.m. Saturday (Korean time).

"The U-20 team got in a difficult group and played really well," Yoon noted. "We're in a similar position as a challenger, and we have to show people what we've got and make the round of 16 too." 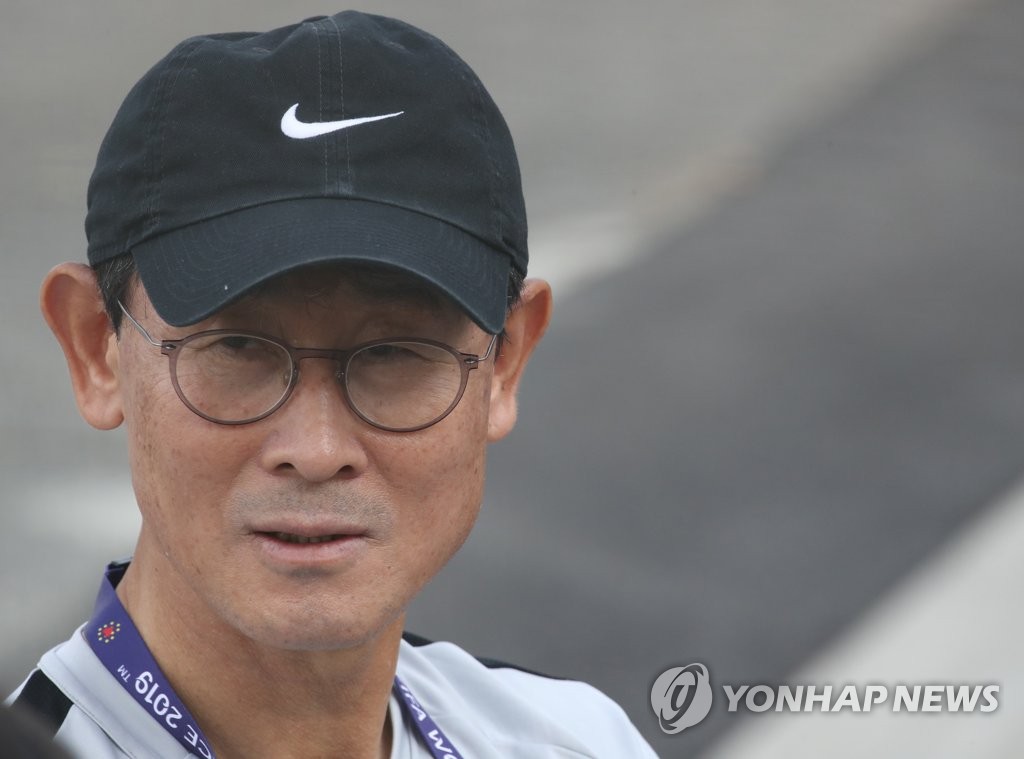 Before arriving in France, South Korea had been training in Sweden for a few weeks and played two tuneup matches against Sweden. South Korea dropped both matches by a combined score of 5-0, but Yoon still found the silver lining, especially in the 1-0 loss in the second game.

"I think we played a solid match against a powerful team that had the support of a partisan crowd," Yoon said. "It was a confidence boost for our players. But we suffered a lapse of concentration when we went through six substitutions. It's something I've talked to players about."

South Korea are also dealing with a couple of injuries. Starting striker Jung Seol-bin had a Swedish player step on her left foot and sustained a cut, while defender Shin Dam-yeong picked up a right foot injury during the team's final practice in Sweden.

Both players were limited in Monday's practice, and Yoon said they should be good to go for the opening match.

"Jung Seol-bin is still hurting, but she's such a determined player that I think she'll recover in no time," Yoon said. "With Shin Dam-yeong, her foot is swollen, but I don't foresee major issues." 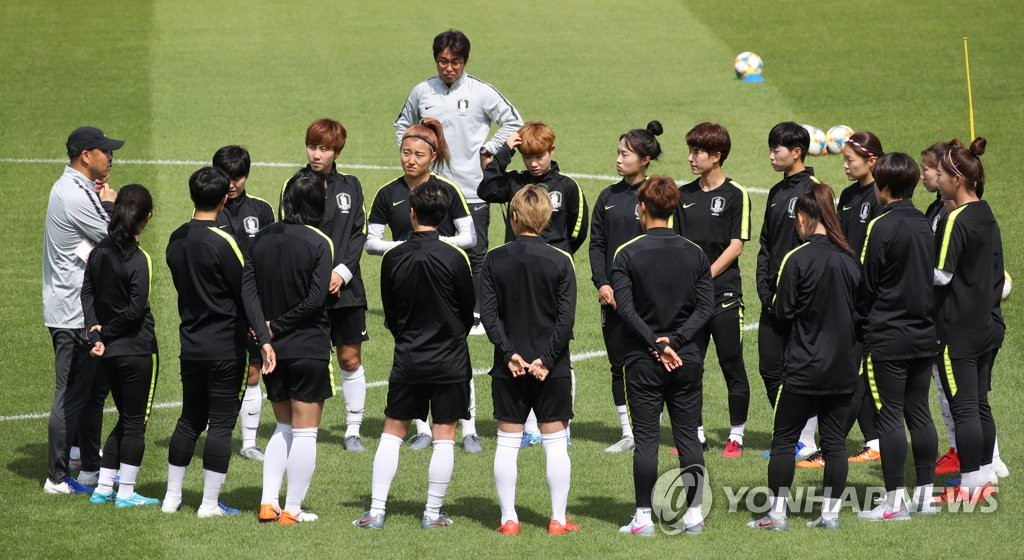