SEOUL, June 4 (Yonhap) -- A man was sentenced to 30 years in prison on Tuesday for killing a part-time worker at an internet cafe in Seoul in October last year.

On Oct. 14, Kim Seong-soo, 30, mercilessly stabbed the part timer, surnamed Shin, about 80 times at the internet cafe in western Seoul when he asked Shin to clean his table. Kim insisted later that he had committed the homicide as Shin had been rude to him.

The 20-year-old victim was taken to a hospital where he died of excessive blood loss, as arteries in his neck and arms were severed in the attack.

"The act of the accused was very vicious, and caused a social panic. The bereaved family of the victim is also pleading for a stern punishment," the Seoul Nambu District Court said in handing down the sentence. 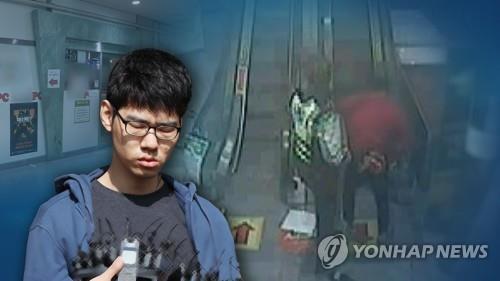 Kim's younger brother, who was at the scene, was acquitted for lack of evidence.

Analyses of CCTV footage, including one by the National Forensic Service, didn't support the conclusion that the younger Kim had helped his brother's offense, the court said.
(END)