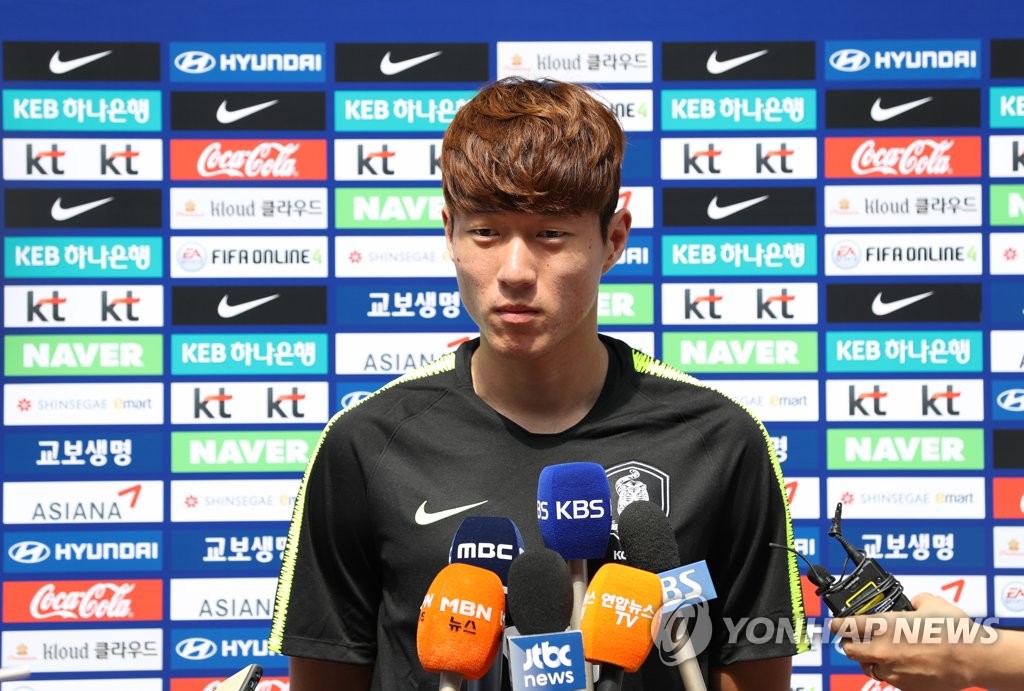 The competition comes in the form of Busan IPark forward Lee Jeong-hyeop.

"He's a great player, and he's been playing well of late," Hwang said of Lee on Tuesday, before the start of practice at the National Football Center (NFC) in Paju, Gyeonggi Province. "Hopefully, we'll try to feed off each other and get into a friendly competition."

For South Korea's friendlies against Australia and Iran later this month, Bento selected Lee and Hwang as his only two natural forwards.

On paper, this seems to be a battle that Hwang can't lose. Whereas Hwang has been a mainstay during Bento's regime -- five of his six international goals have come in 14 matches under the coach -- Lee is trying to make his first international appearance since November 2017. Hwang plies his trade with Gamba Osaka in the top Japanese circuit J1 League, and Lee plays for the second-tier domestic club Busan IPark.

But Lee is in better form, with seven goals in 11 matches, putting him in third place in the K League 2. Hwang, who ranked third in the J1 League last year with 16 goals in 27 matches, has only five in 17 contests this year.

Hwang said he will try to use the upcoming matches as the launch pad for better times ahead. 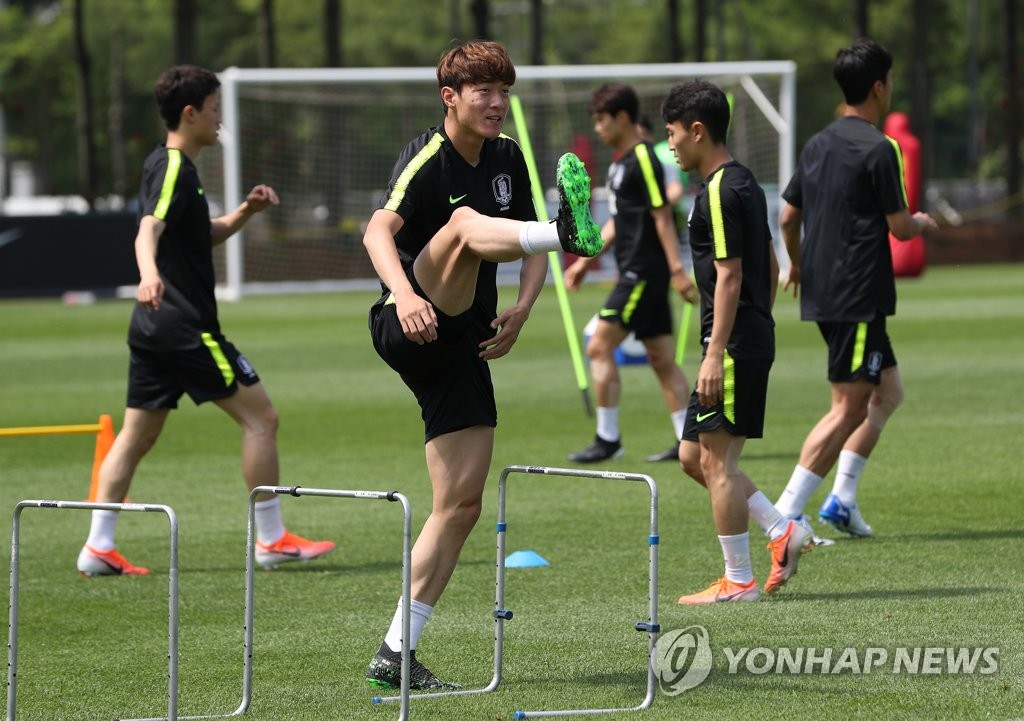 "Though I haven't scored that many goals, I've been playing regularly, and I feel pretty good physically," Hwang said. "Once I put one into the net, I should be able to regain my confidence. I want to work myself into better form with the national team and then go help my club as well."

South Korea will host Australia in Busan at 8 p.m. Friday. It's the second end of the home-and-away series between the two rivals. In the previous meeting last November in Brisbane, Hwang was the lone South Korean scorer in the 1-1 draw.

"As a striker, I'd like to score in every match," Hwang said. "I'll try to convert my opportunities against Australia this time."