SEOUL, June 5 (Yonhap) -- South Korea will try to extend their international winning streak to three matches when they host Australia in a men's football friendly this week.

The Taeguk Warriors and the Socceroos will square off at 8 p.m. Friday at Busan Asiad Main Stadium in Busan, 450 kilometers southeast of Seoul. 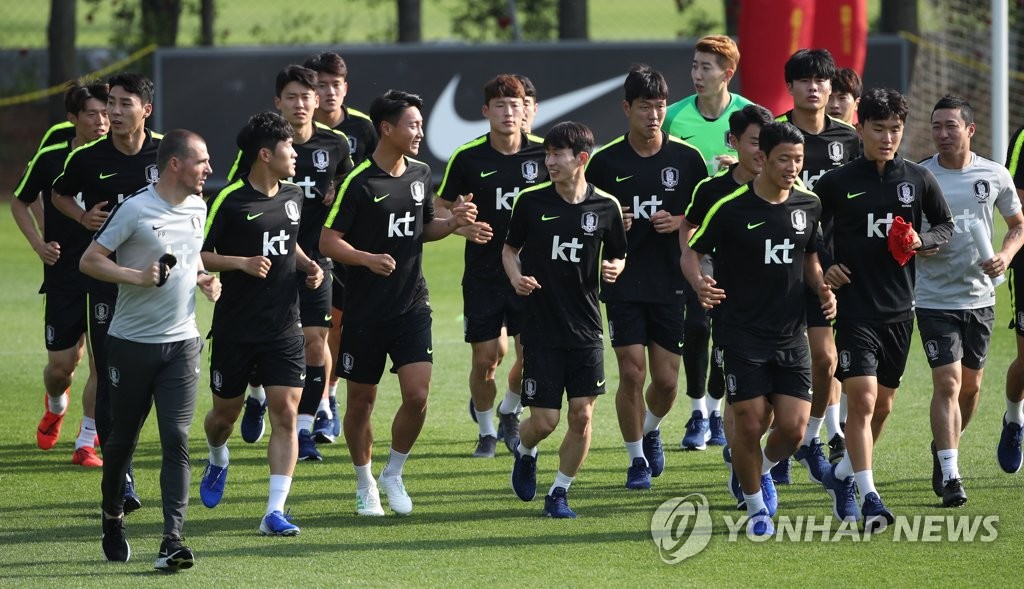 It will be the 28th match between the two countries, with Australia enjoying the edge with nine wins, 11 draws and seven losses.

South Korea have just one win in their past six meetings with Australia, along with three draws and two losses.

This matchup will complete the home-and-away series between the two teams. Last November, the two played to a 1-1 draw in Brisbane.

South Korea sit four spots above Australia in the FIFA rankings at No. 37, the third highest behind Iran and Japan among Asian Football Confederation (AFC) members.

South Korea began training Monday, and they were without captain Son Heung-min at the start.

Son competed in the UEFA Champions League final for Tottenham Hotspur last Saturday in Madrid. The Spurs lost 2-0 to Liverpool in a match that kicked off at 4 a.m. Sunday (Korean time). The national team camp opened at 3 p.m. Monday, and Son was allowed to take his time and report to the National Football Center (NFC) in Paju, north of Seoul in Gyeonggi Province, by 11 p.m. Tuesday. 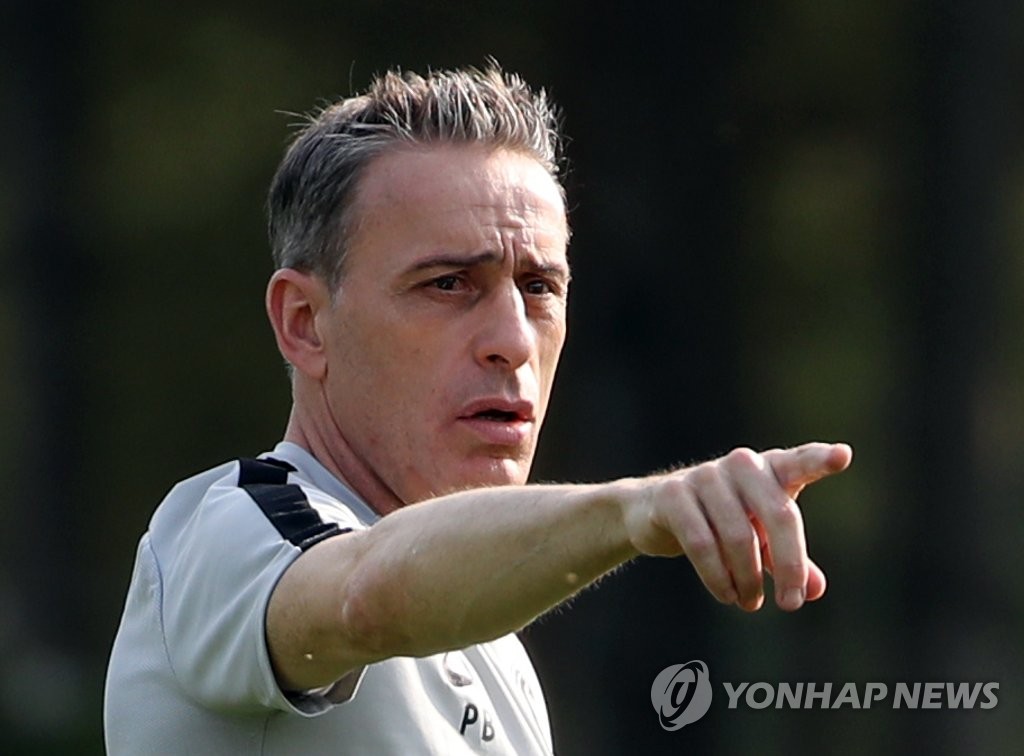 One other offensive player, Hellas Verona midfielder Lee Seung-woo, also wasn't present at the start of training because of his club obligations. Hellas Verona knocked off Cittadella in the two-legged Serie B promotion playoff finals over the weekend, earning a promotion to the top Italian league for 2019-2020. Lee, too, arrived at the NFC on Tuesday evening.

Dijon FCO midfielder Kwon Chang-hoon would have joined Son and Lee on Tuesday after the end of his French club's relegation playoff. But he suffered a broken neck in the first leg of the playoff against Lens last week and has been replaced by Ulsan Hyundai FC midfielder Kim Bo-kyung on the national team.

It's only the latest injury blow to the star-crossed Kwon, a talented playmaker who missed out on the FIFA World Cup last year with a ruptured Achilles tendon.

Even as a late arrival, Son should be good to go Friday. He leads all current South Korean players with 24 goals in 79 caps and scored against Colombia in March for his first goal under Benton in nine matches. Bento said at Monday's press conference that every player on the team, including Son, will be available for action Friday.

Bento made a surprise pick out of Lee Jeong-hyeop, a forward for the second-tier domestic club Busan IPark. A hard-nosed player who is tough to knock off the ball, Lee is poised to make his first international appearance since November 2017.

Lee is tied for third in the K League 2 with seven goals, and South Korea can use all the goals they can get. They have netted nine goals in seven matches so far and have yet to score more than two in a game.

Midfield is a strength. If Bento opts not to start Son following a short rest, he can still tap Holstein Kiel midfielder Lee Jae-sung as the attacking midfielder. Lee had the other goal against Colombia in March.

Vancouver Whitecaps midfielder Hwang In-beom has earned the trust of Bento, having appeared in all 14 matches on the Portuguese coach's watch.

There is an interesting competition brewing in goal. Jo Hyeon-woo was the No. 1 custodian at the World Cup under previous coach Shin Tae-yong, but Kim Seung-gyu appeared to have snatched back the top job by starting all five matches for Bento at the AFC Asian Cup in January.

Kim got the nod again versus Bolivia in March and got a 1-0 victory. Jo was thrust back into the net against Colombia and turned in a more impressive performance, turning aside several dangerous shots to preserve the 2-1 win.

After Australia, South Korea will host Iran in the nation's capital next Tuesday.

S. Korea looking to keep up winning ways vs. Australia in football friendly

S. Korea looking to keep up winning ways vs. Australia in football friendly