Moon hopes to achieve a breakthrough in efforts to normalize the operation of the National Assembly, embroiled in drawn-out political strife, before he begins an eight-day tour of northern European nations on Sunday.

The 6.7 trillion-won (US$5.8 billion) supplementary budget bill has been pending in the parliament for more than a month.

The government is also seeking political consultations on its plan for delivering humanitarian food assistance to North Korea.

Among other urgent issues are preventing the spread of the African swine fever and scheduling a confirmation hearing for Kim Hyun-jun, who has been tapped to lead the National Tax Service.

"As the president leaves (for Northern Europe) on Sunday, (he) has offered to meet (the party leaders) on Friday afternoon," Kang Gi-jung, senior presidential secretary for political affairs, said.

He was responding to a public statement by Sohn Hak-kyu, who leads the minor opposition Bareunmirae Party (BP), earlier in the day that Cheong Wa Dae had made a secret offer to convene a meeting with the heads of the four political parties without the LKP.

The party's leader, Hwang Kyo-ahn, has demanded one-on-one talks with the president. 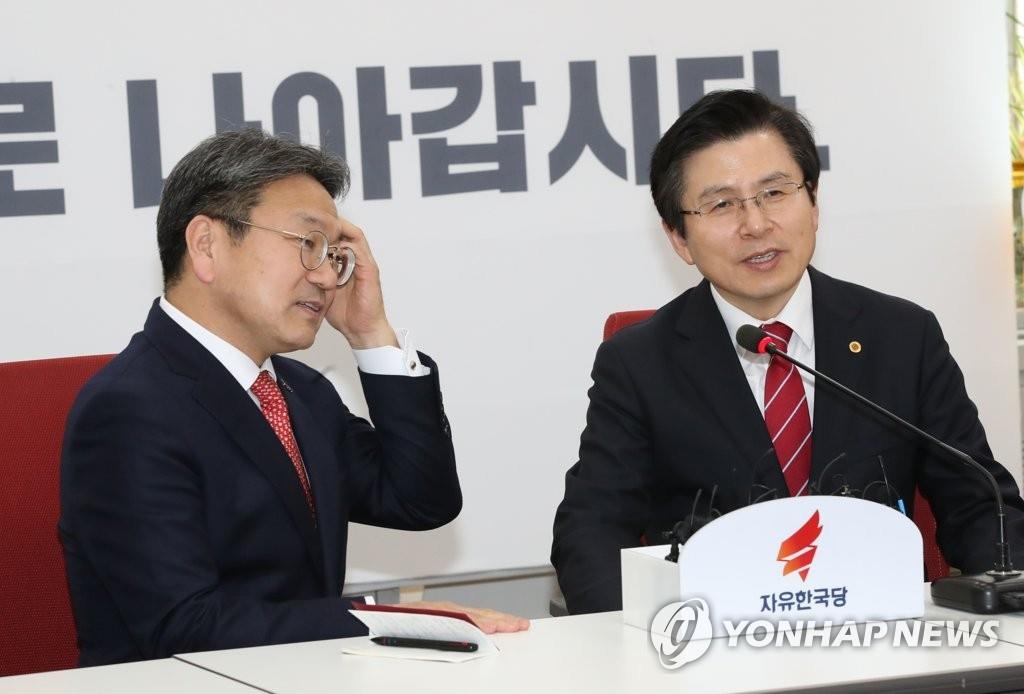 Moon's office said the president is open to such a bilateral meeting following a five-party session.

But the LKP counter-offered a meeting to be attended by Moon and the leaders of three parties -- the ruling Democratic Party, the main opposition party and the BP, all of which have more than 20 seats at the 300-member parliament. In order to form a floor negotiating body, a South Korean political party must have at least 20 lawmakers.

The progressive Justice Party has six seats and the center-left Party for Democracy and Peace has 14.

The LKP still wants separate talks between its leader and the president.

Cheong Wa Dae has rejected the suggestion. The senor secretary, in meeting with Sohn on Monday, asked if it would be okay for the president to meet with the chiefs of the other four parties. Sohn said no, citing the need for the LKP to join dialogue for substantive results.

A dilemma for the liberal ruling bloc is that discussions and cooperation with the LKP, which has 114 seats, are inevitable in handling bills and major pending issues.

The LKP is also under growing public pressure to normalize the National Assembly and discuss key issues, including how to foster economic growth.