SEOUL, June 4 (Yonhap) -- Unification Minister Kim Yeon-chul said Tuesday that South Korea is working hard to help restart the stalled nuclear talks between North Korea and the United States, believing that progress in their negotiations will be key to improving inter-Korean relations.

"The unification ministry is exerting its utmost efforts to set conditions for the resumption of U.S.-North Korea dialogue through inter-Korean relations," Kim added.

Nuclear talks between North Korea and the U.S. have been stalled since their February summit ended without a deal as they failed to find common ground over Pyongyang's denuclearization steps and Washington's sanctions relief.

The scant progress in denuclearization negotiations is taking its toll on inter-Korean relations, putting a brake on major cross-border cooperative projects for months.

Seoul is pushing to break the deadlock in denuclearization talks by holding an inter-Korean summit with North Korea but Pyongyang has been mum on the offer for dialogue.

The minister also emphasized the importance of cross-border economic cooperation, which he expects to help build lasting peace and achieve mutual prosperity on the Korean Peninsula.

"The inter-Korean economic cooperation not only facilitates settlement of lasting peace on the Korean Peninsula but also creates an opportunity for co-prosperity between the two Koreas," he said.

Seoul hopes that economic cooperation with North Korea can foster a peace mood, which it expects would also intensify the pace of cross-border exchanges down the road.

Full-blown cross-border economic cooperation, however, has been constrained by global sanctions Washington wants to keep in place until North Korea completely gives up its nuclear weapons. 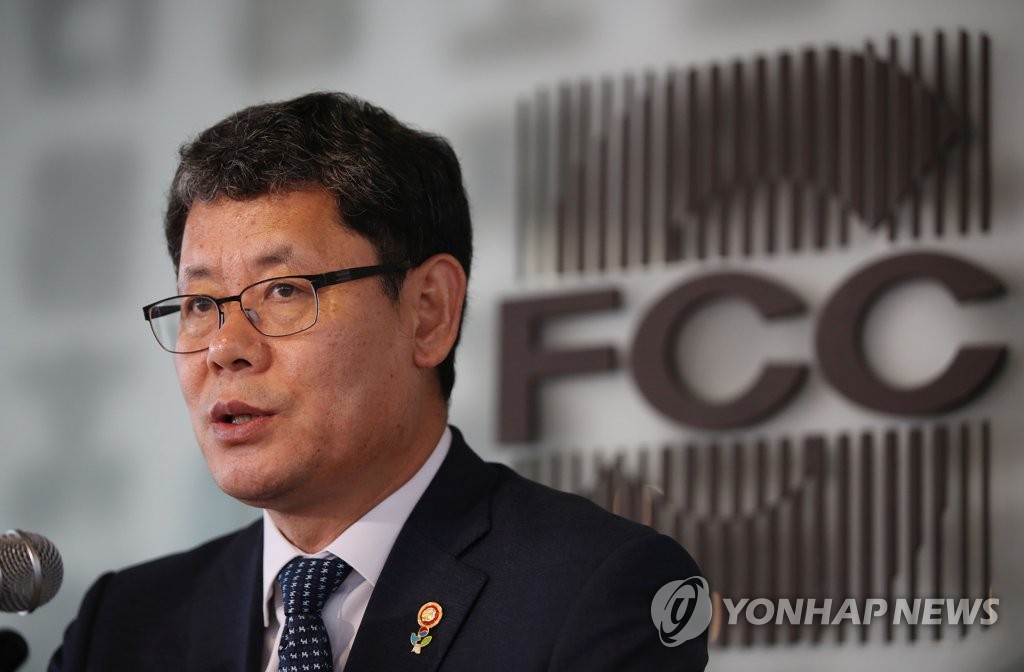