SEOUL, June 4 (Yonhap) -- The global semiconductor market is expected to shrink this year on weak memory chips but will turn to an expansion mode in 2020 with recovering demand, according to an industry report released Tuesday.

The global semiconductor market was anticipated to be US$412 billion this year, a 12 percent decline from a year ago, according to World Semiconductor Trade Statistics (WSTS).

The latest outlook was steeper than its previous estimate of a 3 percent dip released in February.

The nonprofit industry organization predicted that the memory chip market will tumble 30.6 percent this year, marking the largest decline of all categories.

The global semiconductor market, however, will likely grow 5.4 percent on-year to $434.3 billion in 2020, driven by the memory chip sector's 6 percent growth, the Silicon Valley-based organization said.

South Korean chip makers, including Samsung Electronics Co. and SK hynix Inc., are feeling the pinch of the sluggish memory chip market as prices of DRAM and NAND flash chips have kept falling this year on weak demand and a supply glut. 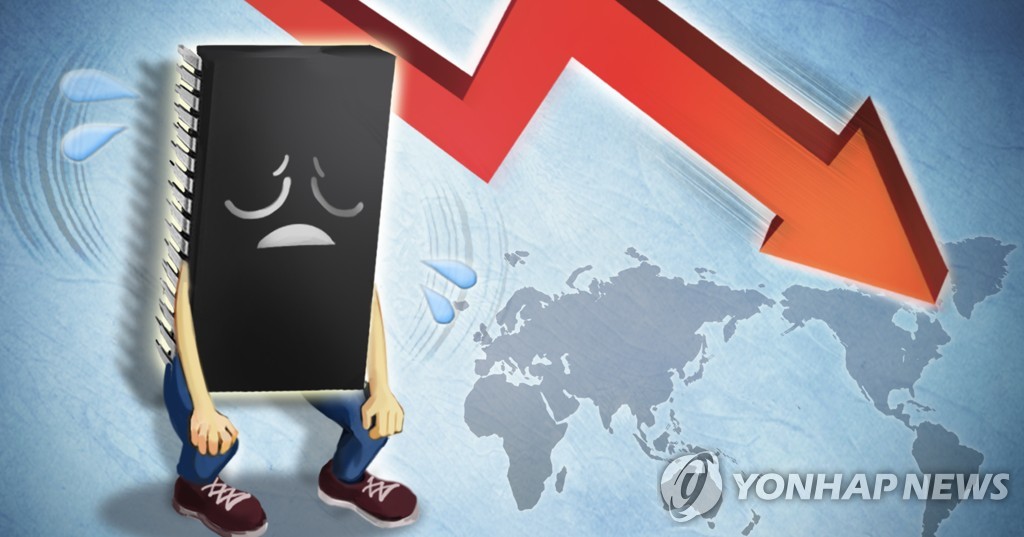