Insurers' outstanding loans totaled 224.7 trillion won (US$189 billion) as of the end of March, up 1.2 trillion won, or 0.5 percent, from the prior quarter, according to the data from the Financial Supervisory Service (FSS).

Lending to companies went up 1.9 percent on-quarter to 103.1 trillion won in the first quarter. 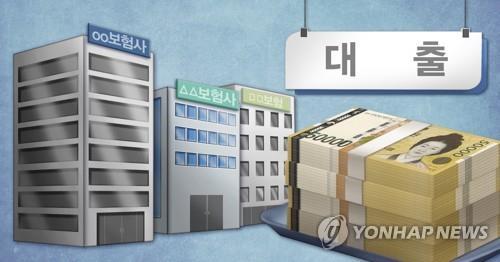 The loan delinquency rate, which measures the proportion of loan principal or unpaid interest for at least a month, came to 0.3 percent as of end-March, up 0.01 percentage point from three months ago.

The figure for household loans added 0.03 percentage point to 0.61 percent, while that for corporate lending remained unchanged at 0.12 percent.

Insurers' lending edges up in Q1

Insurers' lending edges up in Q1