South Korea also said it will make its efforts in its consultations with the United States on the issue, according to the Ministry of Economy and Finance.

The comments came after a meeting between Hong Nam-ki, the minister of economy and finance, and Iran's central bank governor, Abdolnaser Hemmati, in Seoul.

The two discussed ways of bilateral economic cooperation and agreed to continue to hold talks between financial authorities of the two countries, the ministry said.

Hemmati was in Seoul for an international conference hosted by the Bank of Korea. 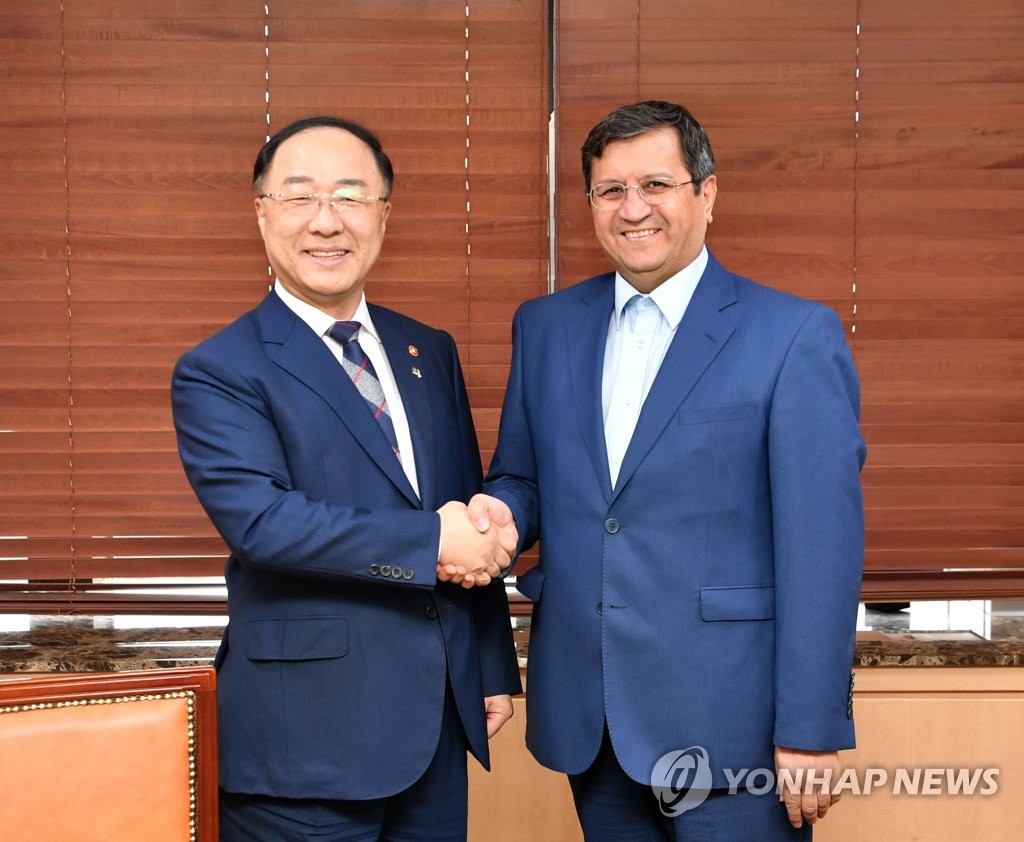 Seoul to closely communicate with Tehran over sanctions-related issues

Seoul to closely communicate with Tehran over sanctions-related issues