SEOUL, June 4 (Yonhap) -- Unification Minister Kim Yeon-chul said Tuesday that discussions with the World Food Programme (WFP) are underway over possible food aid to North Korea, in a possible sign that the government might have opted to send food via the international agency instead of direct shipment.

Kim made the remark during a meeting with foreign correspondents in Seoul, as the government is reviewing providing North Korea with food assistance in response to reports that it is facing worsening food shortages.

"Regarding the food aid, we are continuing to have detailed discussions with the WFP," Kim said according to pool reports.

The minister has been meeting with various figures in society to collect opinions over the possible food aid, with the government saying that details on the provision have yet to be decided.

Last month, the WFP and the Food and Agriculture Organization said in a joint report that North Korea's crop output last year hit the lowest level since 2008, with an estimated 10 million people, or 40 percent of its population, in urgent need of food.

Rep. Sul Hoon of the ruling Democratic Party said Friday that the government plans to provide 50,000 tons of food to North Korea sometime this week, but the unification ministry said nothing has been decided.

Separately, Seoul has decided to donate US$8 million to two U.N. agencies -- the WFP and UNICEF -- to support their own North Korea assistance programs to deliver nutritional and medical products. 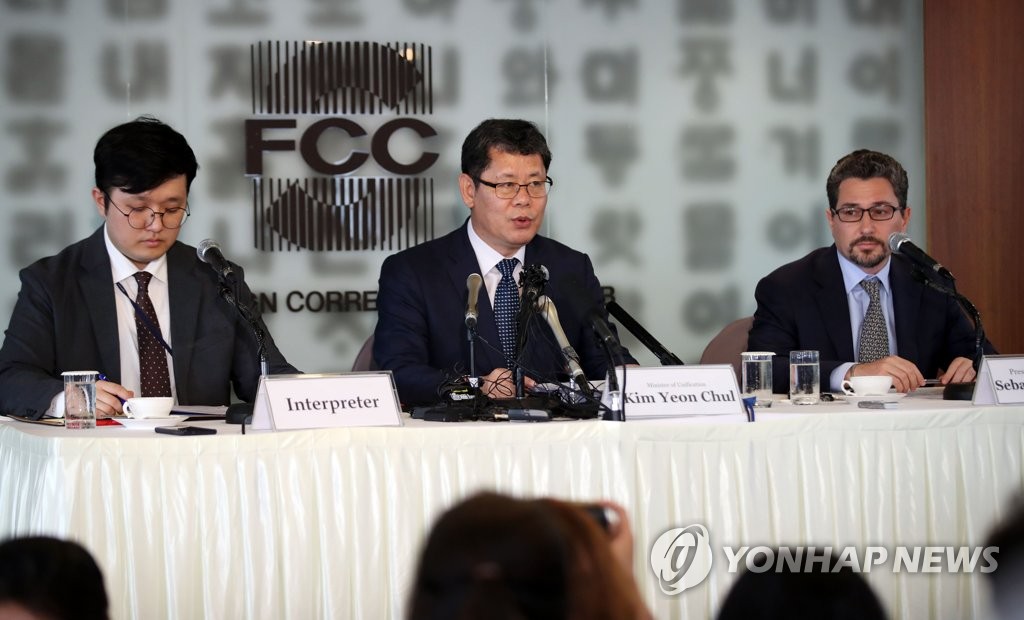