"I think South Korea and India have endless potential and can become strong partners for each other," Moon was quoted as saying during the phone talks by Cheong Wa Dae spokeswoman Ko Min-jung.

It marks the first phone talks between the two leaders since Modi was reelected in May, Ko said in a written briefing.

In response, Modi expressed hope that the two countries will strengthen cooperation over the next five years, she said.

Earlier, Moon congratulated Modi on his Twitter account. "I would like to convey my high regard for the Indian people who made the choice," Moon tweeted in English. 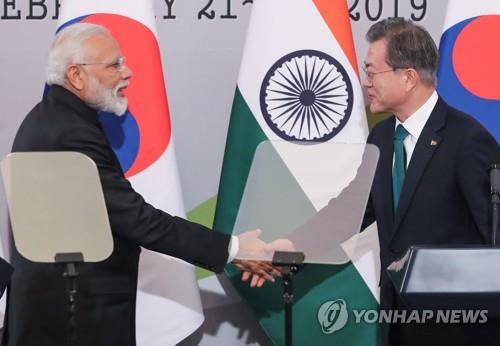