LUBLIN, Poland, June 4 (Yonhap) -- South Korea advanced to the quarterfinals of the FIFA U-20 World Cup on Tuesday with a 1-0 win over Japan.

Forward Oh Se-hun headed in the winner in the 84th minute at Lublin Stadium in Lublin, Poland, as South Korea made the final eight for the first time since 2013.

In the quarterfinals, South Korea will take on Senegal in Bielsko-Biala at 8:30 p.m. Saturday local time, or 3:30 a.m. Sunday in South Korea. 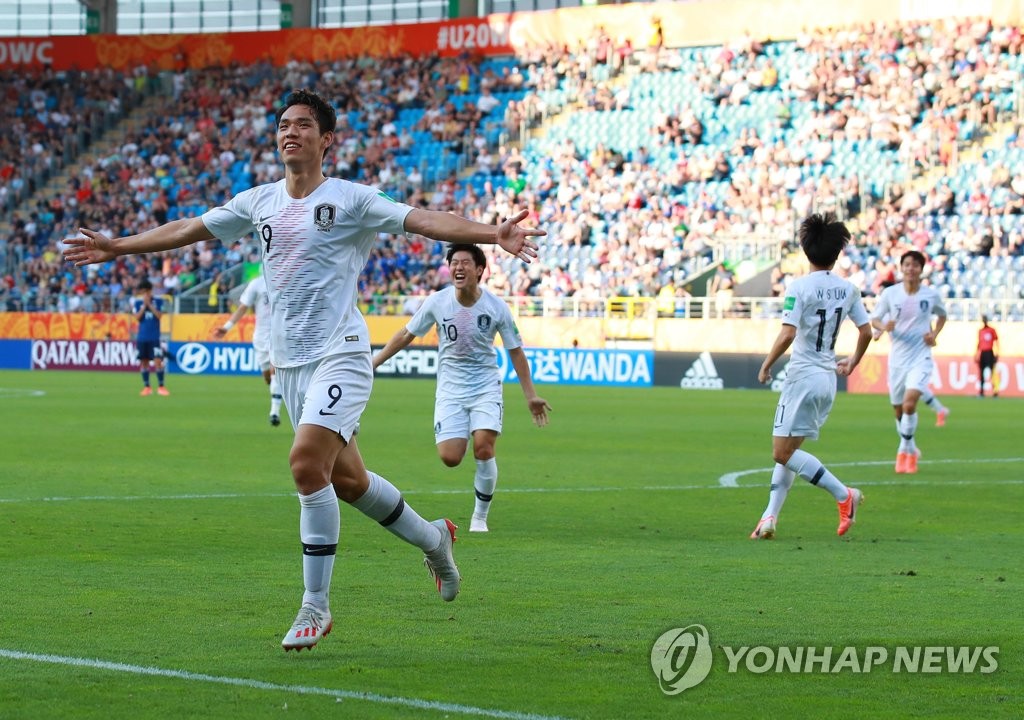 South Korea's best showing at the U-20 tournament remains a fourth-place finish in 1983 in Mexico. South Korea haven't gone past the quarterfinals since.

South Korea caught a couple of breaks in the second half. Japan had a goal wiped out in the 51st minute on an offside following a video review, and Taisei Miyashiro had a shot go off a goal post in the 78th minute that would have put Japan up 1-0.

At the other end, Oh redirected home a Choi Jun cross for his second goal of the tournament, and South Korea hung on for the narrow victory over the long-time rivals.

Japan had a 72-28 advantage in ball possession in the scoreless first half, and South Korea seemed content to let Japan keep making short passes in the offensive zone as long as they didn't lead to dangerous chances. The strategy worked in South Korea's favor, as Japan didn't manage a shot on target despite spending the majority of the opening 45 minutes in the South Korean zone.

South Korea switched gears to start the second half, as speedy wing forward Um Won-sang entered the match for defensive back Lee Ji-sang.

South Korea tried to assert themselves more on offense, but Japan nearly struck first as Jun Nishikawa forced goalkeeper Lee Gwang-yeon to make a diving save in the 49th minute. 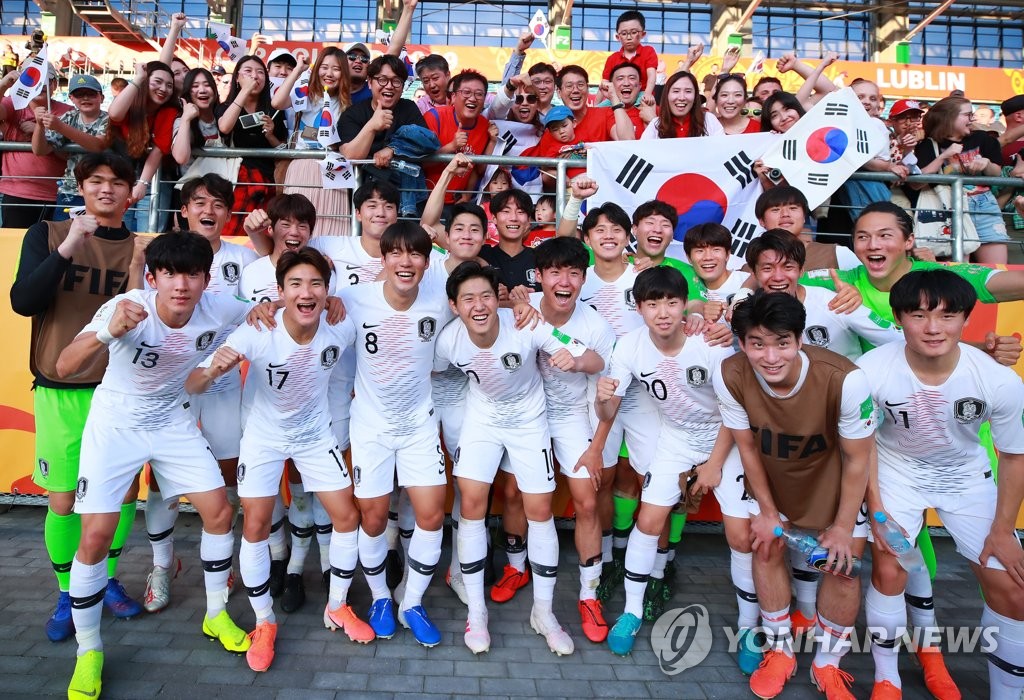 In the ensuing play, Japan thought they'd scored when Yuta Goke put in a rebound after Taisei Miyashiro's shot. But after a review by the video assistant referee, Miyashiro was ruled to have been in an offside position before receiving an initial pass, and the goal was disallowed.

The teams started trading some chances. In the 67th, Lee Jae-ik put his head on a long free kick and Tomoya Wakahara came up with his first big save of the match. Four minutes later at the other end, Lee Gwang-yeon answered back with a stop on Keito Nakamura's header.

In the 73rd, Oh's left-footed volley bounced into the arms of Wakahara. Then it was Yuki Kobayashi whose header after a corner kick missed the target to the right for Japan in the 77th.

South Korea breathed a huge sigh of relief again in the next minute, when Miyashiro's shot on a counterattack opportunity went off the left post and bounced out of play.

South Korea took advantage of those breaks and broke the deadlock in a seemingly harmless play in the 84th minute. Yukinari Sugawara tried to clear out the loose ball but instead passed it right to Choi Jun, perched on the left wing. Choi flicked a cross toward the middle and Oh deftly redirected it home for the 1-0 lead.

Japan scrambled to level the score and at least send the match into extra time, but Lee Gwang-yeon had one more key save in him in the dying seconds to clinch the win. 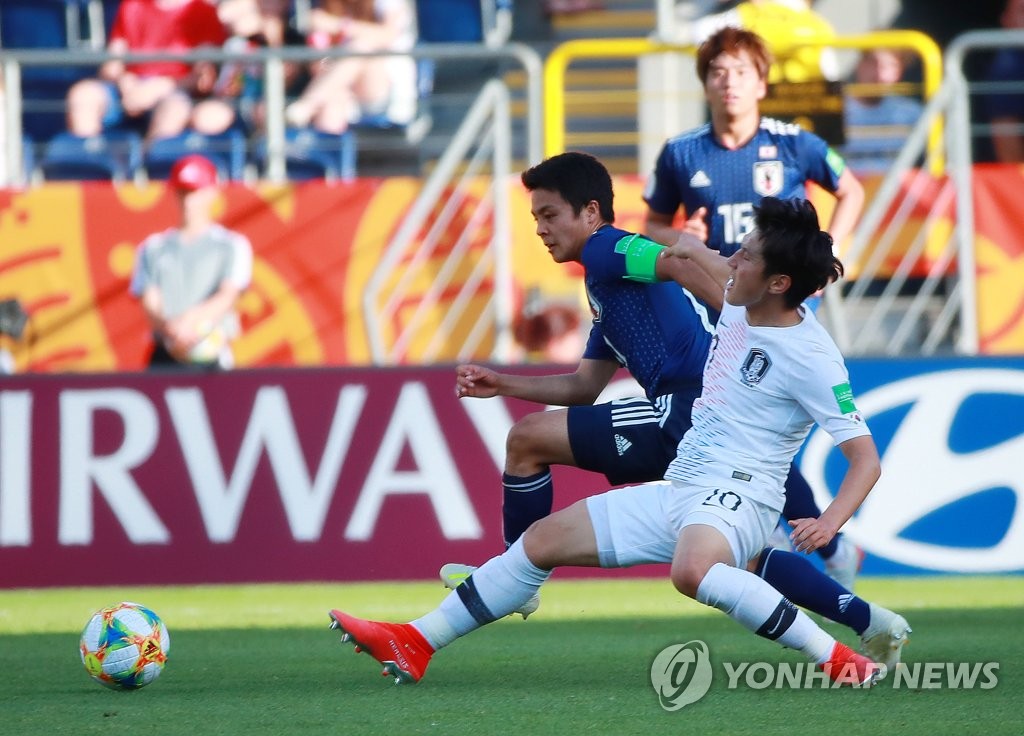