LUBLIN, Poland, June 4 (Yonhap) -- Throughout the FIFA U-20 World Cup, South Korea head coach Chung Jung-yong has proven to be a flexible tactician. And he was at his best in the team's 1-0 victory over Japan in the round of 16 on Tuesday.

In the group stage, Chung tweaked his formations and strategies from match to match. But against Japan at Lublin Stadium, Chung deployed different strategies for each half. 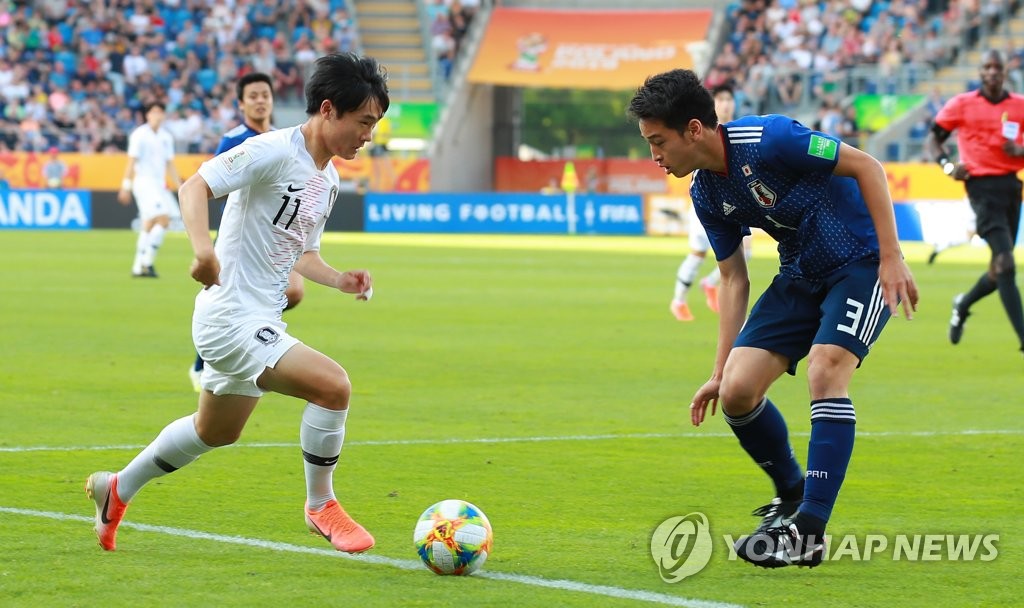 In the early going, South Korean players were mostly rendered spectators to Japan's quick, short passes deep in the attacking zone. With three defenders supported by two wing backs in the 3-5-2 formation, South Korea sat back on their own end and watched Japan run themselves into the ground with all those passes and movements away from the ball that didn't lead to any shot on target. Japan held a 72-28 edge in ball possession in the opening 45 minutes.

Chung made a key substitution to begin the second half, replacing defender Lee Ji-sang with winger Um Won-sang. South Korea now played out of a more conventional, offense-oriented 4-4-2 formation. And Um started creating some havoc on the right flank with his speed, and the flustered Japanese defense began turning the ball over with increasing frequency.

What started out as a tedious match took on a different tone as the two sides started trading some jabs. Jun Nishikawa had an early opportunity for Japan, who later saw a Yuta Goke goal wiped out on an offside call upon video review in the 51st minute. 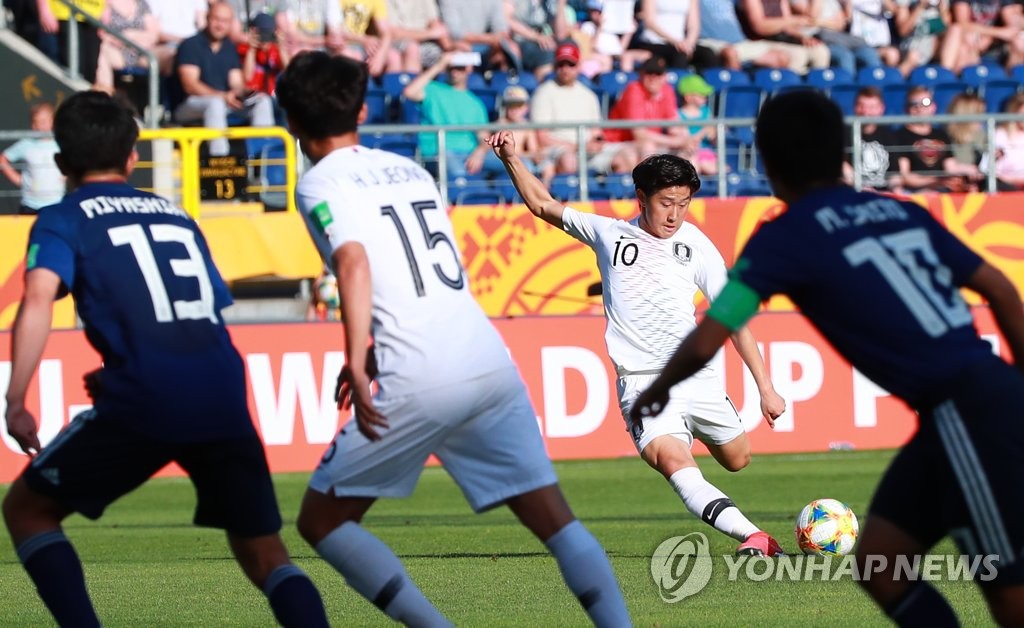 After dodging that bullet, South Korea gradually took control of the match. But it would all have been for naught if Taisei Miyashiro's shot in the 78th minute hadn't gone off the left goal post and stayed out of the net.

With luck firmly on their side, South Korea finally got on the board with Oh Se-hun's 84th-minute header, set up by his high school teammate Choi Jun.

Oh, the first South Korean player to have scored in both the U-17 and U-20 World Cups, has now found the back of the net in back-to-back matches.

Coach Chung said after the match that he felt the Japanese players would run out of gas after the first half and his team could exploit that over the last 45 minutes.

"Their wingers and full backs tend to be quite active, and we thought we'd have a chance as long as we survived the first half," Chung said. "Our players knew we would switch formations during the match, and they executed the game plan really well."

South Korea's best showing at these youth tournaments is the fourth-place finish in 1983 in Mexico. South Korea have played in a dozen tournaments since and they have yet to go beyond the quarterfinals in that span.

They'll take one more crack at the semifinals against Senegal on Saturday. 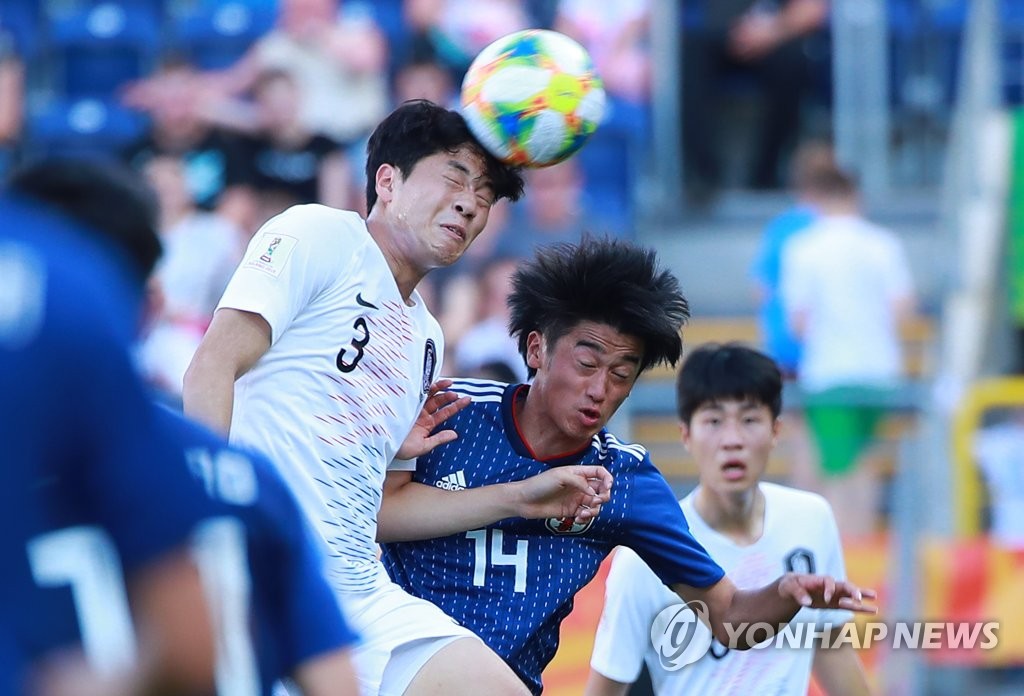