LUBLIN, Poland, June 4 (Yonhap) -- Before his team took on Japan in the first knockout match at the FIFA U-20 World Cup Tuesday, South Korea head coach Chung Jung-yong had tried to downplay the significance of the occasion. He would tell anyone who'd listen that this was going to be just another match, and that it wasn't any more important than others just because South Korea were playing Japan, their long-time rivals in all things sports. 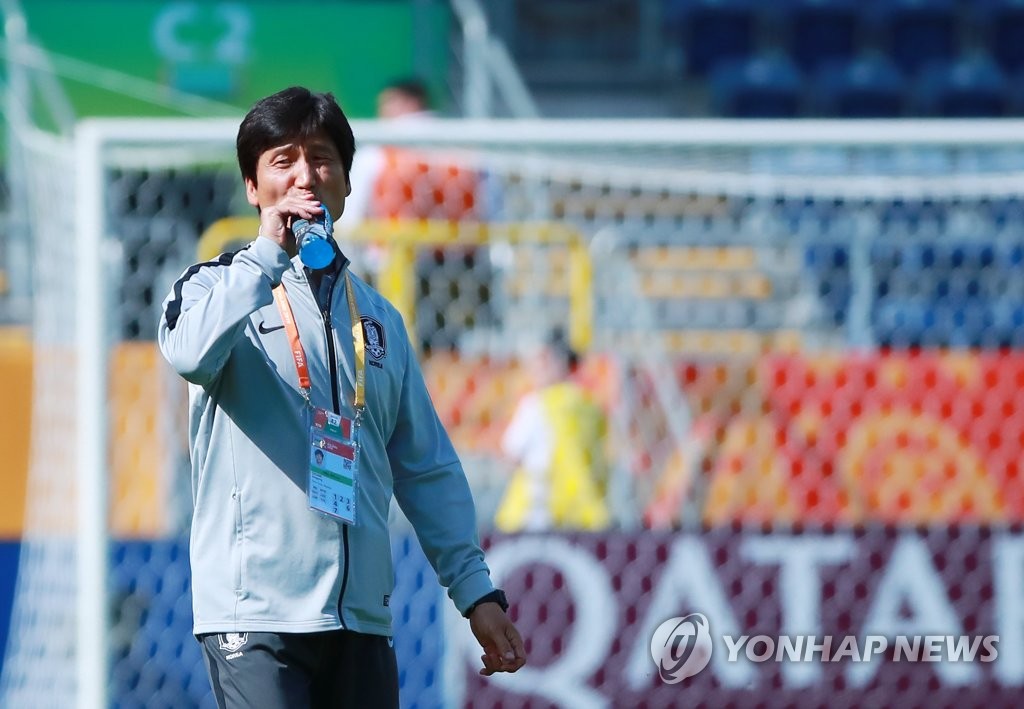 But in his heart of hearts, Chung knew this was going to be a very stressful match, not only for himself but for his young players. Win, and South Korea would reach their first quarterfinals since 2013. Lose, and the team would face huge backlash from a fan base that usually doesn't handle losses to Japan very well.

South Korea pulled out a 1-0 win thanks to Oh Se-hun's header in the 84th minute, and Chung couldn't have been prouder of his side.

"I tried to say as little as possible about this match because I didn't want to put any extra burden on these young guys," Chung said in his post-match press conference at Lublin Stadium. "I didn't have to tell them that this was a monumental match. And I could tell just by the look in their eyes that they were feeling the pressure."

Japan dominated the run of play in the first half but South Korea kept it a scoreless affair. A switch to a more aggressive approach in the second half swung the momentum toward South Korea's side in the second half, ultimately leading to Oh's winner late in the match. 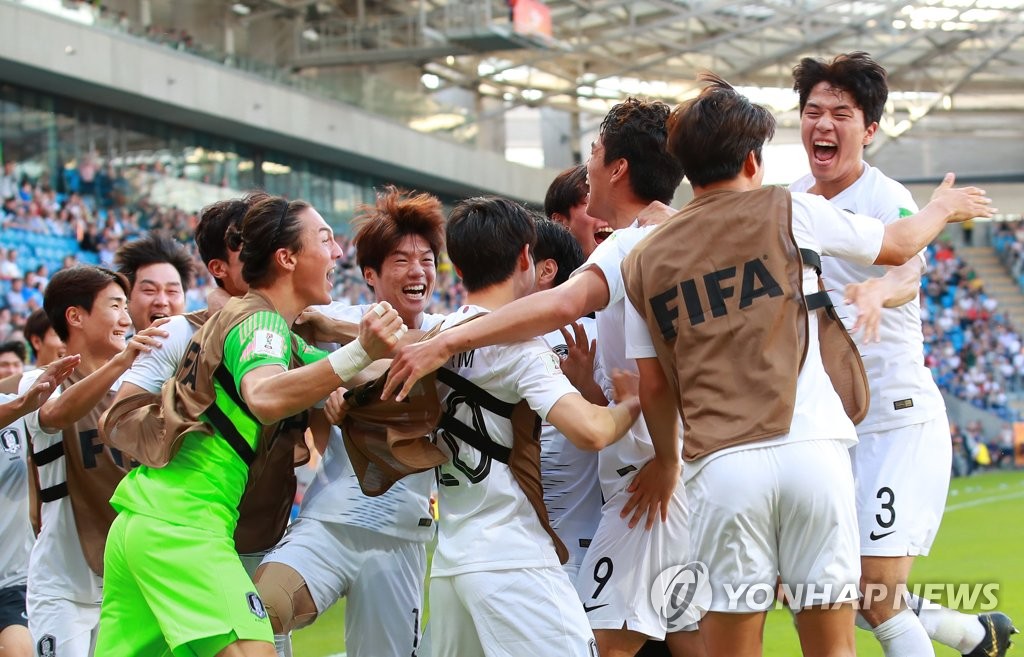 After dropping the first group match to Portugal 1-0, South Korea have now reeled off three consecutive victories. One more win, over Senegal in Saturday's quarterfinals, will send South Korea to the semifinals for the first time since 1983.

Four matches into this year's campaign, Chung has worked some magic with an array of formations and strategies to throw off opposing defenses. But for now, he is concerned less about X's and O's than about how much is left in his players' tanks. Chung admitted he mostly focused on the first three group matches so that South Korea would reach the knockouts. And once there, then it was going to be all about relying on confidence.

"Tactics and strategies aren't as important now. We just have to make sure the players have enough left to compete on the field," the coach said. "It's nice to have some confidence, but you still have to have some strength to actually play. Some have more left than others, and we'll try to figure out how to make the best use of those players."