BUDAPEST/SEOUL, June 5 (Yonhap) -- Two more bodies believed to be victims from among the 14 South Koreans still unaccounted for in last week's deadly boat sinking in Hungary were found on Wednesday, officials said.

A female body was found about 50 kilometers away from the sinking site on Wednesday afternoon (local time), South Korean government officials said. Investigators also found another body earlier in the day, which was retrieved by divers and sent to a hospital for identification.

A total of 33 Koreans and two Hungarian crew members were on the sightseeing boat amid heavy rain when their ship collided with a larger cruise boat and sank in the Danube River in downtown Budapest on Wednesday last week.

Seven South Koreans were initially reported to be dead, while seven other tourists were rescued right after the accident.

Investigators later recovered five bodies on Monday and Tuesday, which were all confirmed to be South Koreans.

The five bodies put the official death toll of the tragedy at 12 Koreans, with 14 others still unaccounted for.

If the two bodies retrieved on Wednesday are confirmed to be victims, the total death toll of South Koreans will rise to 14, along with 12 missing. The two Hungarian crew members also remain missing. 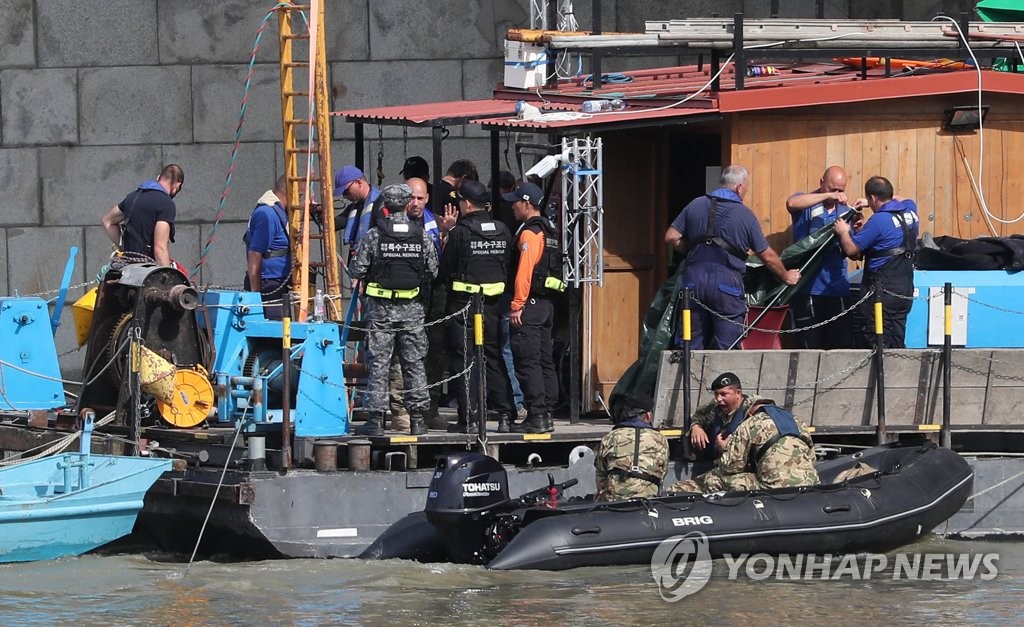 Hungary will embark on roping the ship, with the underwater and aerial search to find the missing to also continue, the Korean officials said.