Kim had the photo session on Tuesday with "members of amateur art groups of the wives of officers of units of the Korean People's Army" who were selected from a contest, according to the Korean Central News Agency (KCNA).

"He expressed the expectation and belief that the art group members will as ever add brilliance to the proud tradition of having strengthened the defense line posts of the country into impregnable fortresses with loving care and devotion for servicepersons," the report said.

It was the latest in a series of public appearances Kim has made since last week after more than three weeks of absence from public view. The KCNA has carried reports on Kim's public activities every day since Saturday, including visits to factories.

The reports on Saturday and Sunday did not specify the timing of the visits, but they were widely believed to have taken place on Friday and Saturday, respectively. 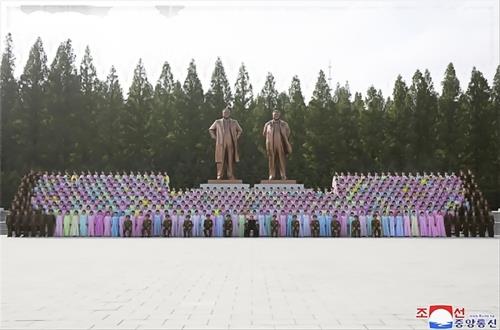