Moon kicked off a three-day trip to Russia on May 27 that was followed by visits to Estonia, Latvia and Lithuania, according to his office.

In Russia, he appealed for Moscow to play a constructive role in maintaining the momentum for dialogue between the United States and North Korea amid stalled denuclearization talks.

During his speech at Russia's senate last Wednesday, Moon expressed hope that Moscow could persuade North Korea to become a normal state.

His remarks came as North Korea and Russia have sought to strengthen their ties amid global sanctions on Pyongyang.

Moon also stressed that rapprochement on the Korean Peninsula will help set the stage for trilateral cooperation between the two Koreas and Russia.

It was the first time that a South Korean parliamentary speaker delivered a speech at Russia's senate.

In the Baltic countries, the speaker discussed ways to promote cooperation with key political and parliamentary officials.

It was the first visit by a Korean parliamentary speaker to the three nations in eight years.

He told reporters it will be optimal for Seoul to view the Baltic states as a single economic bloc when it seeks cooperation. 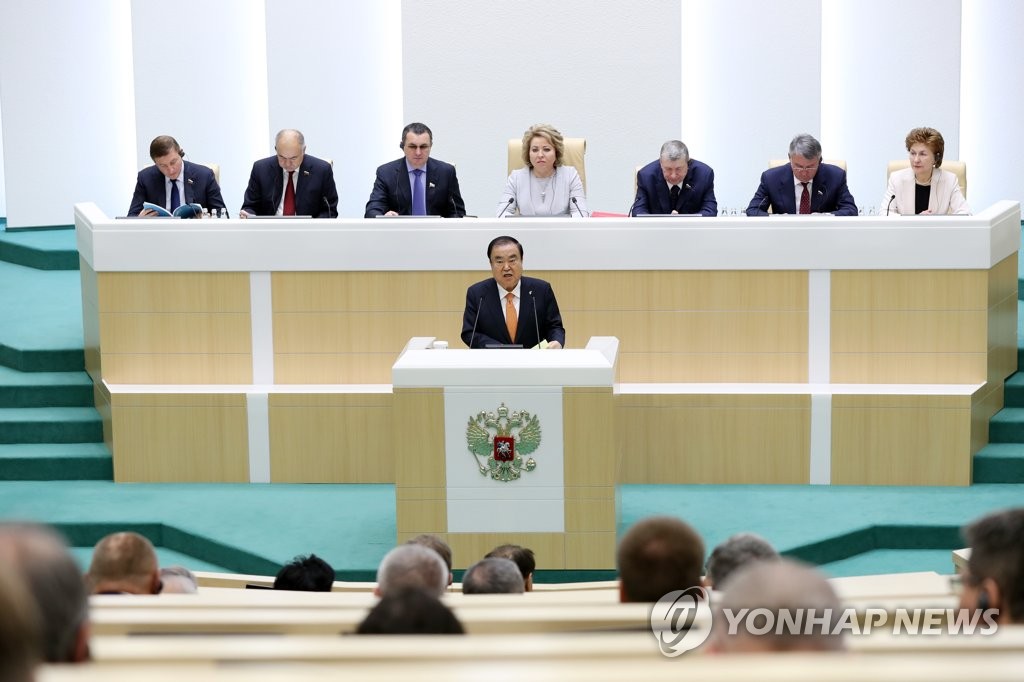