SEJONG, June 5 (Yonhap) -- The value of online shopping transactions in South Korea rose 17.2 percent in April from a year earlier, data showed Wednesday, in the latest sign that a growing number of people are using computers and mobile devices to purchase items ranging from clothes to electronic goods.

The total value of online transactions reached 10.64 trillion won (US$9.01 billion) in April, compared with 9.07 trillion won during the same period last year, according to the data compiled by Statistics Korea.

Purchases made through smartphones, tablets and other mobile gadgets soared 23.8 percent on-year to 6.68 trillion won, accounting for 62.8 percent of all online sales in April. 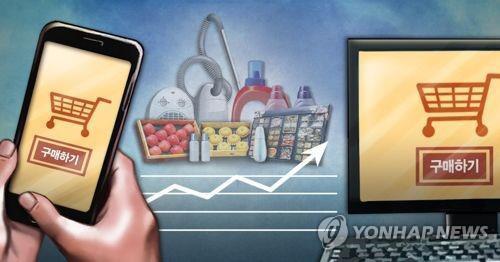