SEOUL, June 5 (Yonhap) -- Texas Rangers' Choo Shin-soo has belted his 200th homer of his career to become the first Asian MLB player to achieve the feat.

Batting leadoff, the South Korean left fielder smacked a solo home run in his first plate appearance of the game against the Baltimore Orioles at Globe Life Park in Arlington, Texas, on Tuesday (U.S. time).

It is his 11th homer of the season and the 200th of his 15-year career in the Major League Baseball.

Also Choo, 36, became the first Asian player to hit 200 homers in the MLB.

The Orioles are leading the Rangers 5-2 in the bottom of the third inning. 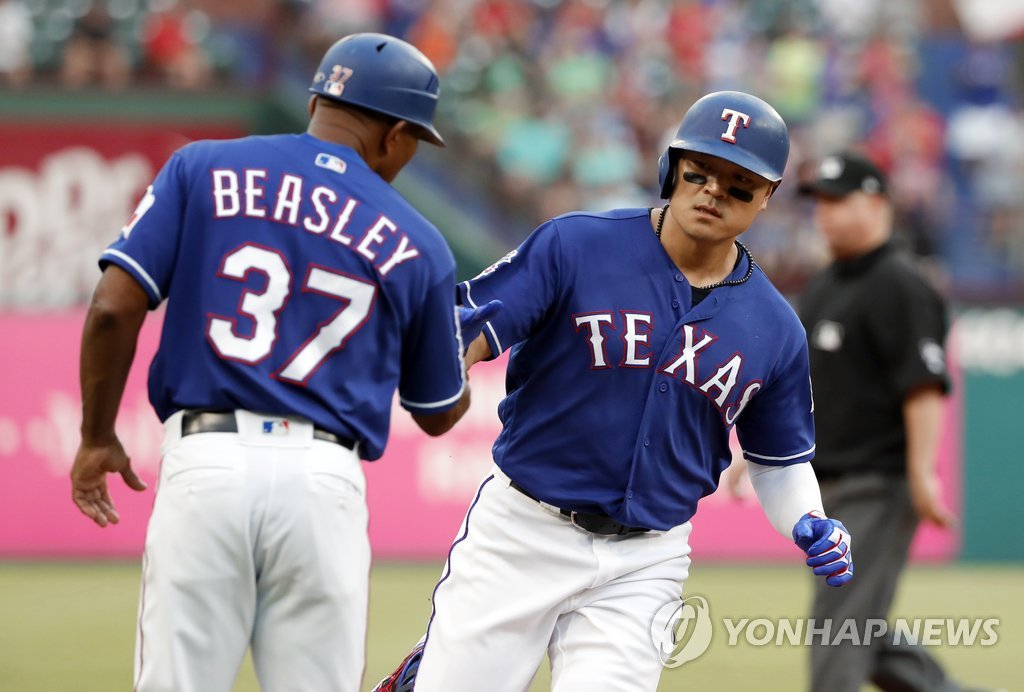