SEOUL, June 5 (Yonhap) -- Texas Rangers' Choo Shin-soo has belted the 200th homer of his career to become the first Asian player to reach that plateau in Major League Baseball (MLB).

The South Korean left fielder led off the bottom first with a solo home run off Dylan Bundy of the Baltimore Orioles at Globe Life Park in Arlington, Texas, on Tuesday (U.S. time). 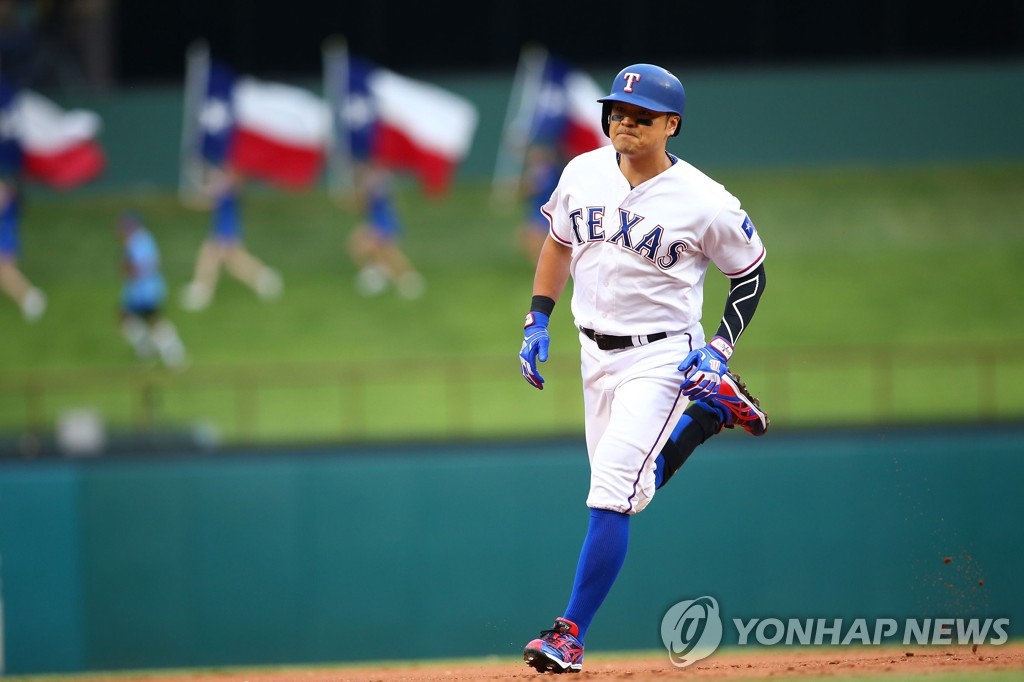 Choo went 2-for-5 with two RBIs and two runs scored, as the Rangers dropped the slugfest 12-11.

Matsui is long retired, and No. 3 on the Asian home runs list, Ichiro Suzuki, has also called it quits with 117 long balls.

Choo, who made his big league debut with the Seattle Mariners in 2005, has had six 20-homer seasons, three of them coming over the past four seasons in a Rangers uniform. His career high for a season is 22, set in 2010 with the Cleveland Indians and matched in 2015 and 2017. 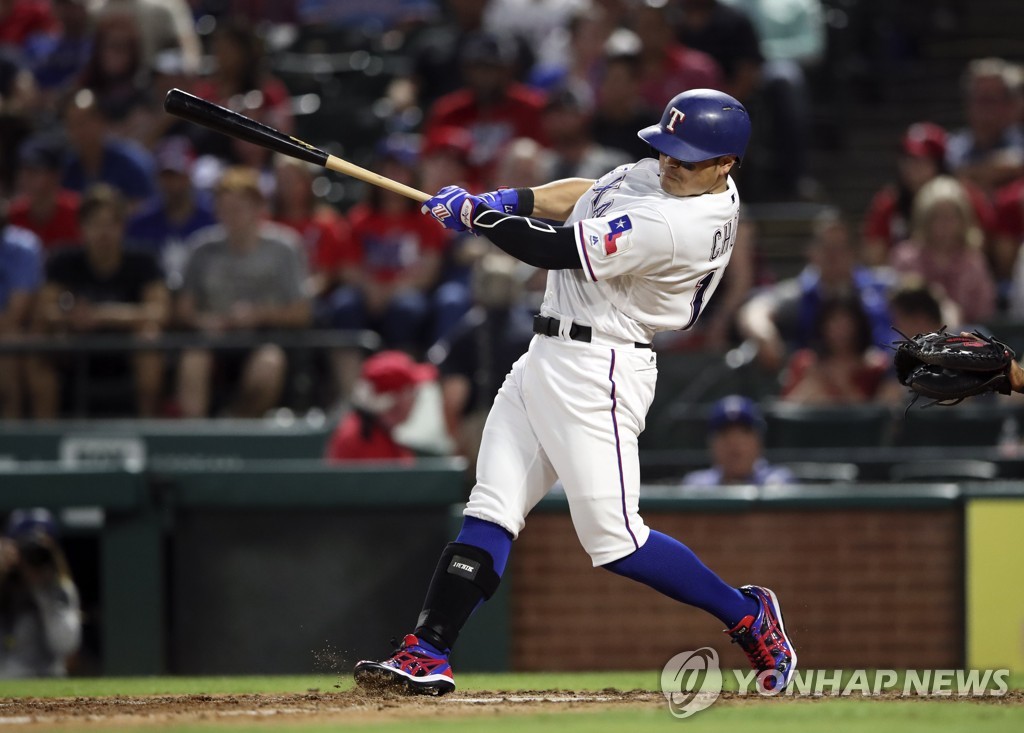