SEOUL, June 5 (Yonhap) -- BTS has maintained its presence on the two main Billboard charts for the seventh consecutive week for its latest album "Map of the Soul: Persona," the longest for any K-pop artist.

For the week of June 8, the album came in at 26th on the Billboard 200 albums chart, while its main track "Boy With Luv" ranked 81st on the Hot 100 singles chart as of Wednesday.

This marks the seventh week in a row that BTS has stayed on the two main charts, breaking its own record as the longest-charting K-pop artist. "Persona" debuted atop the Billboard 200 at that time.

The latest BTS album also was the second on the Billboard World Albums chart, while the septet topped the Social 50 chart, extending its winning streak to the longest Billboard record of 99 weeks in a row.

Also charting on the Billboard 200 was the band's previous album, "Love Yourself: Answer," which came in at 79th. 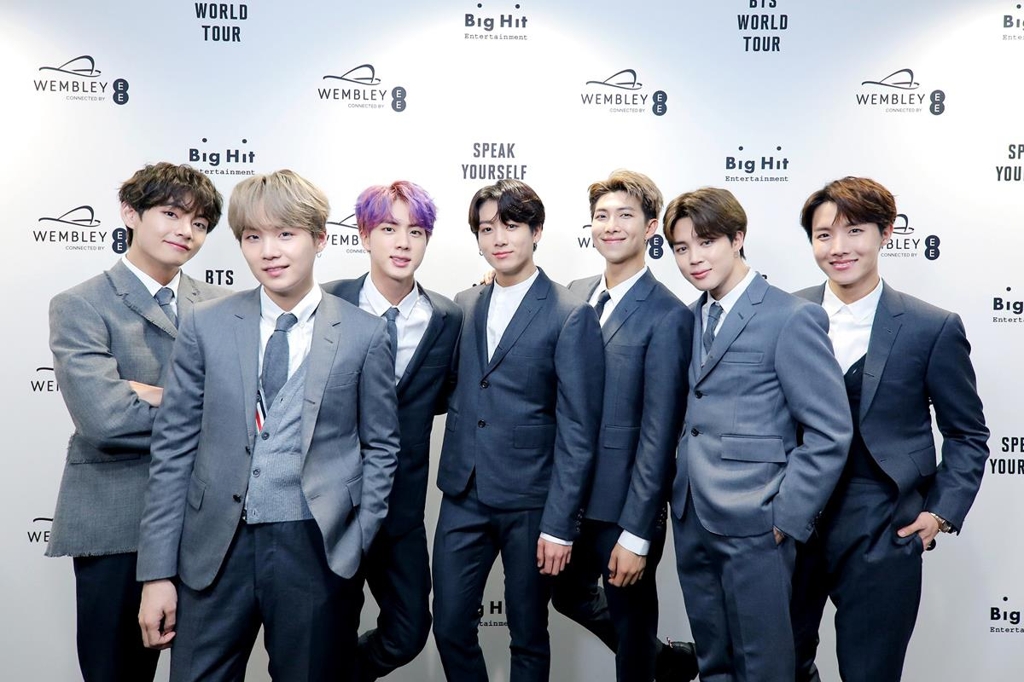