South Korea has been on a high alert since North Korea told the World Organization for Animal Health that pigs had died from the highly contagious disease at a farm on its border with China.

Blood tests have been conducted at 347 pig farms in Gyeonggi and Gangwon provinces along the border with North Korea, but they were negative, according to the Ministry of Agriculture, Food and Rural Affairs. 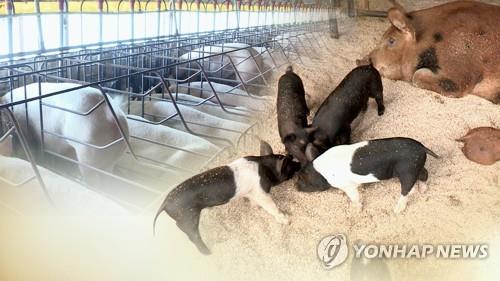 Of the 347 farms, 232 have built fences to prevent possible contact between their pig herds and wild boars.

The ministry said it has ordered the remaining 115 farms to swiftly install fences.

Ten cleaning and disinfection facilities will be set up at regions near the border by Wednesday and all vehicles transporting pigs in the border areas will be sterilized, the ministry said.

The ministry said it will carry out a comprehensive sterilization of all pig farms in South Korea on Monday.

The U.N. Food and Agriculture Organization (FAO) has warned that outbreaks of the disease in China may spread to other parts of Asia.

The FAO has recommended that Asian nations strengthen intra-regional networks on disease management and diagnostic protocol and increase understanding of pig and pork value chains within countries and with neighboring countries as essential tasks for improved risk management.
(END)