SEOUL, June 5 (Yonhap) -- South Korea's drug safety chief apologized for the government's handling of the canceled gene therapy drug Invossa on Wednesday and said talks are under way with the producer to compensate any patients who suffered side effects from taking the drug.

In a press conference in Seoul, the Minister of Food and Drug Safety Lee Eui-kyung acknowledged that there were problems in the authorization and checkup related to Invossa.

"It is regretful that the incident has caused public concern, and though there has been no reported safety issues so far, the ministry has come up with a long term plan to look after the health of people who took the drug," she said.

The ministry has secured records of all people who were given Invossa from Kolon Life Science Inc., the producer of the joint pain treatment medication and required the pharmaceutical firm to provide a detailed medical examination for the next 15 years to see if there are any health problems. 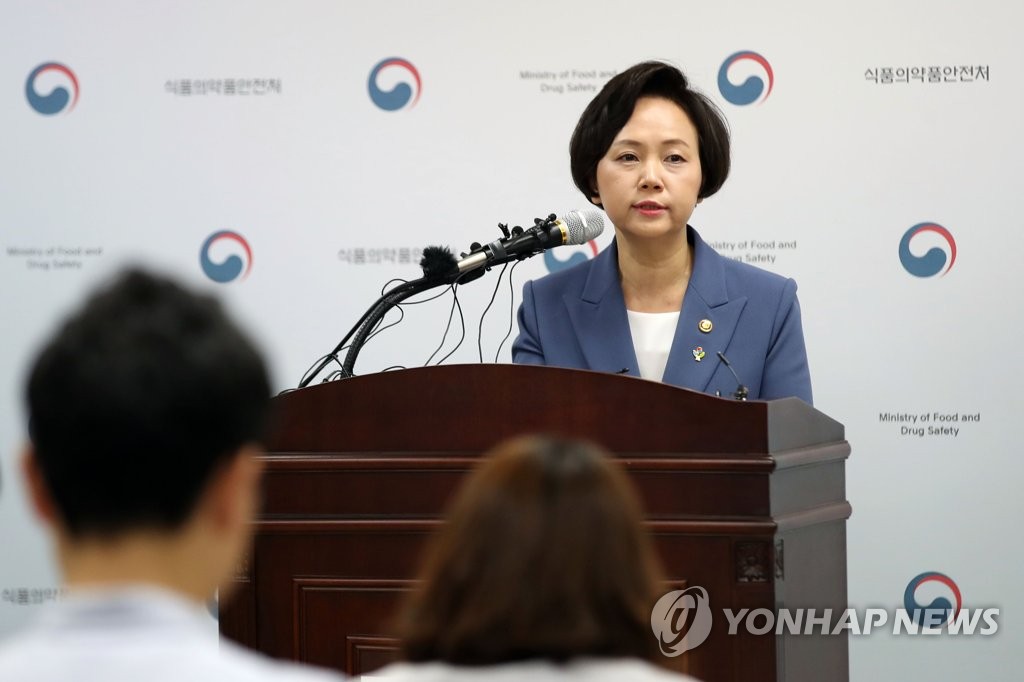 A total of 438 South Korean hospitals and clinics administered 3,707 shots of the drug before treatment was halted.

Lee said the Korea Life Science has till June 14 to submit a detailed action plan to look after the drug users and detail the process it will take to provide compensation if the need arises.

South Korea's drug regulator canceled its license for Invossa last month after a probe revealed that Kolon mislabeled and falsely reported an ingredient that was used.

Authorities said the mislabeling started in 2003 with the drugmaker also accused of failing to disclose additional data it discovered on the problem before submitting Invossa for approval.

It, moreover, failed to provide a scientific reason for the mix-up.

The distribution of the drug that received formal approval for sale in the domestic market in July 2017 has been suspended since April this year.

Invossa is the world's first gene therapy drug for osteoarthritis, a joint disorder that affects many elderly people, with patient numbers in South Korea alone estimated to be around 5 million.

Before the incident, the drug was hailed as a success for South Korea's biopharma business that had lagged behind foreign rivals.