After an ASF outbreak was reported in North Korea last week, the government designated 10 border towns in Gyeonggi and Gangwon Provinces as "special surveillance areas," where some 530,000 pigs are being raised. 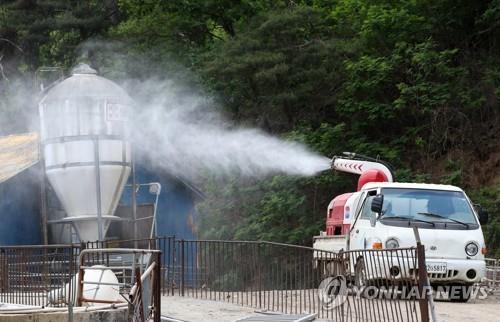 Pig farms there have been going all-out to prevent ASF, with all human and auto traffic strictly controlled 24 hours a day, along with repeated disinfection and insect extermination efforts.

"As there's no ASF cure, I'm only spraying disinfectant again and again ... I'm just stuck with pigs all day long," Kim Jae-moon, 71, said at a farm in Paju, north of Seoul, Wednesday.

The biggest worry is that ASF could be transmitted via wild pigs which inhabit border areas, although the chances of a spread of the disease from the North are low as a double row of barbed-wire fences is installed between the two Koreas.

But quarantine authorities are concerned over possible transmission via infected carcasses that may drift to the border areas through the Imjin and Han rivers or the West Sea. 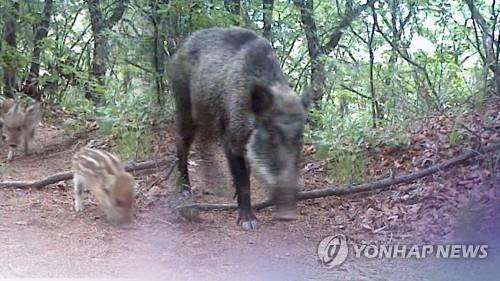 Wild boars, along with pork products, are pinpointed as a major vehicle that have spread the animal disease in China and Southeast Asia in recent years.

"If ASF breaks out in the country, the most urgent priority is to capture wild pigs," Kim Jong-woo, the head of the Korea Pork Producers Association's (KPPA) quarantine committee, said.

The government, therefore, plans to provide funding for the installation of trap cages at farms.

But experts say a more effective method is to capture wild boars by using guns.

Kim also said guns are mostly used in foreign countries in catching wild pigs as trap cages are not effective. 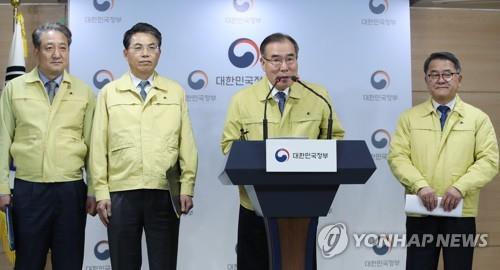 Apart from that, the government plans to bar pig farmers from feeding their pigs with food waste starting next month by amending the waste management law. Contaminated food waste is considered another major carrier of ASF.

According to a Chinese survey, 49, or 44 percent, of 111 ASF cases were found to have been caused by food waste feeding.

In 1960, Spain fended off ASF dissemination by completely banning food waste feeding for the first time in Europe.

The KPPA, which is against the use of food waste as pig fodder, plans to hold a rally calling for a ban on the food waste feeding later in the month.

ASF virus can be spread by live or dead pigs, domestic or wild, and pork products. At present, there is no approved vaccine for ASF, with its fatality rate 100 percent to pigs.
(END)