The South Korean captain, who joined the national team Tuesday ahead of friendlies versus Australia and Iran, said his role isn't simply to score a few goals. He wants to bring out the best in each of his teammates. 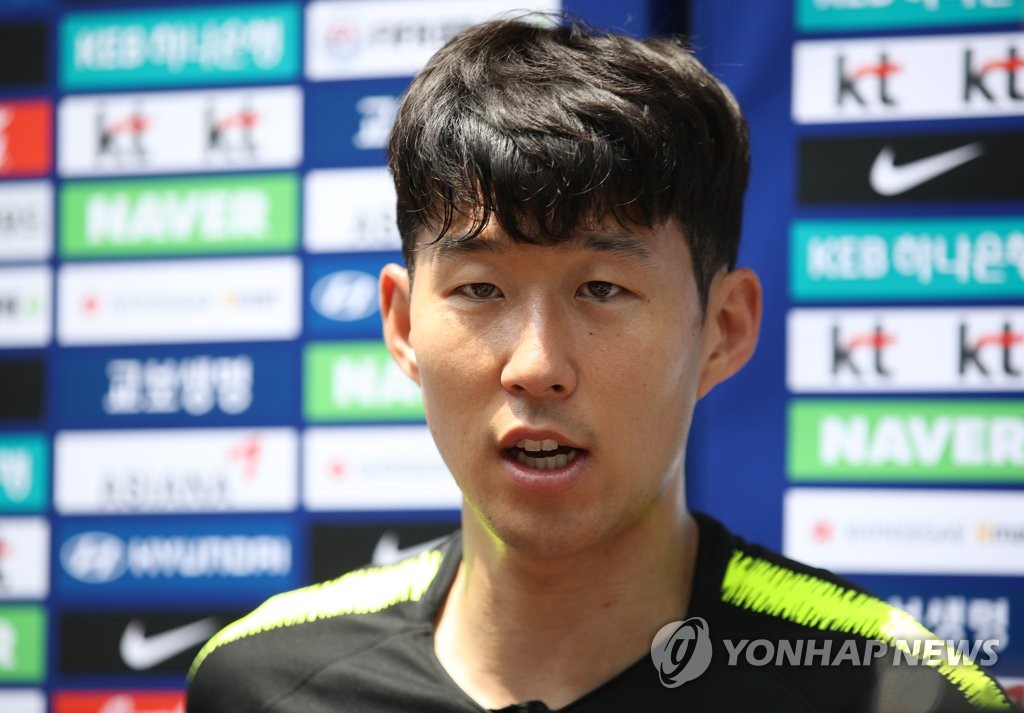 As they say in sports, the good ones play well for themselves, and the truly great ones make those around them better too.

"I am responsible for making the guys feel comfortable," Son told reporters at the National Football Center in Paju, Gyeonggi Province. "I know all about their strengths and what they're capable of. And I'll try to make sure they will play up to their abilities."

Head coach Paulo Bento opened his training camp Monday afternoon, but Son reported to the camp late Tuesday night after playing in the UEFA Champions League final against Liverpool over the weekend.

The first of South Korea's two friendlies will be against Australia on Friday. Though Son is coming off an extended season that included two international tournaments for South Korea, he likely won't get any rest here. Bento said Monday that Son, like all other players named to the roster, will be available Friday.

"I don't think I'm playing too much. I feel great now," Son said. "I'll get to have some time off after these two matches, and so it shouldn't be a problem."

Bento spoke highly of Son's versatility, which allows the coach to deploy him virtually anywhere on offense, be it as a forward, a shadow striker or a winger.

Asked which particular position he thought he'd play, Son said it wasn't up to him to decide.

"If the coach asks me to play center back, then that's where I'll play," he said. "I am ready to sacrifice for the team, no matter where I play on the field. I know the coach will put me in a position where I can succeed and play to the best of my ability." 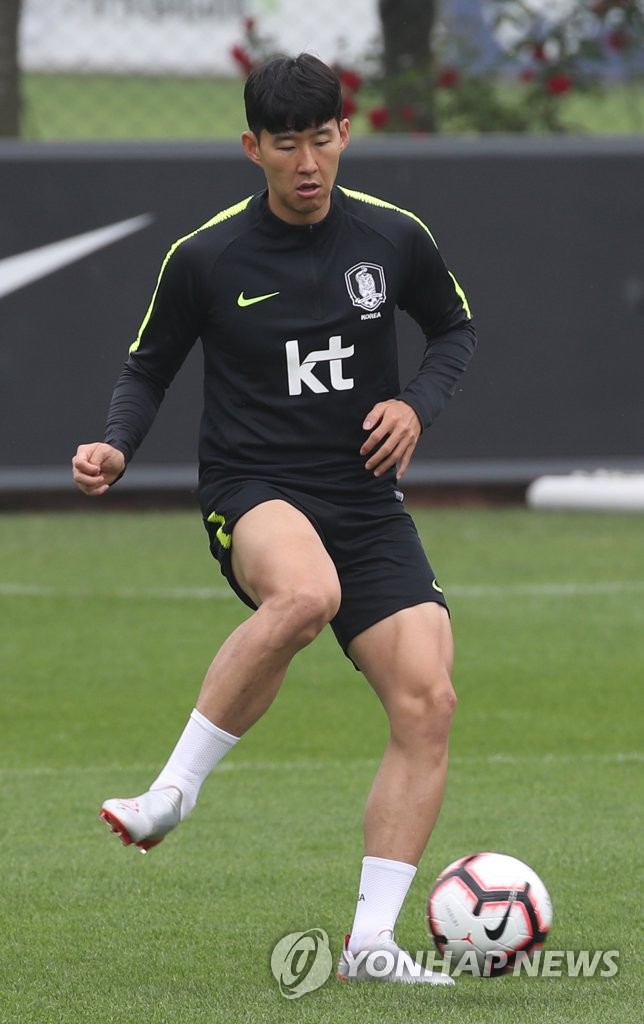