SEOUL, June 5 (Yonhap) -- A group of lawmakers Wednesday jointly proposed a resolution calling for expelling from the parliament three main opposition lawmakers who disparaged the 1980 pro-democracy uprising in the southwestern city of Gwangju.

Three lawmakers of the conservative Liberty Korea Party (LKP) -- Reps. Kim Soon-rye, Kim Jin-tae and Lee Jong-myeong -- have come under fire for publicly describing the May 18 uprising as a riot and linking it with North Korea.

A total of 157 lawmakers from the ruling Democratic Party and three minor parties called for the expulsion of the three, saying they denied the democratic value.

"The LKP has forgotten its duty to sternly censure its lawmakers making absurd remarks and make a public apology. The party should actively cooperate in the proposed expulsion," they said in a joint statement. 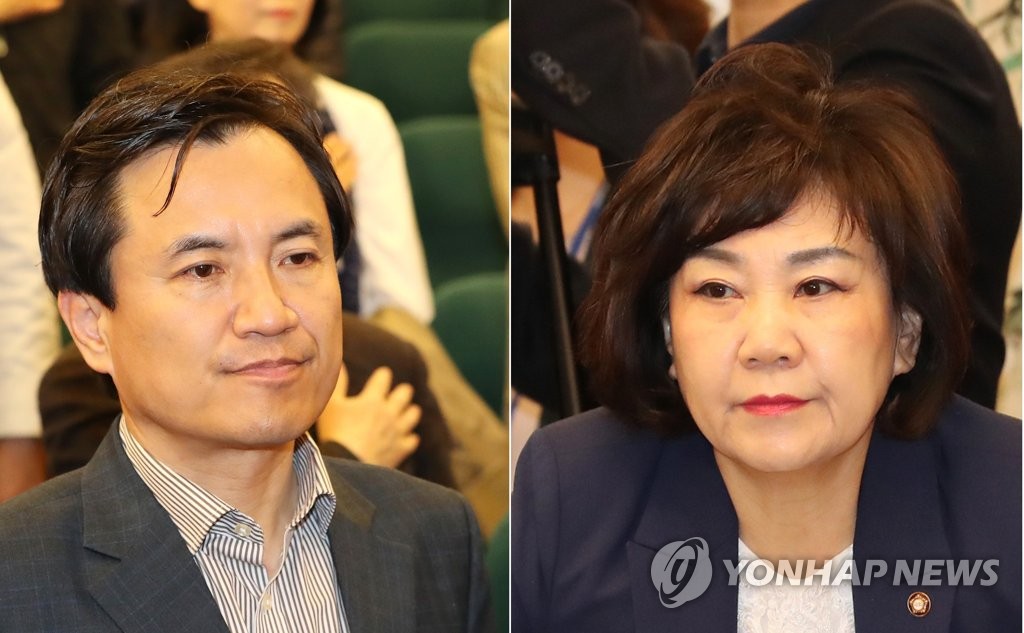 On May 18, 1980, the military conducted a bloody crackdown on demonstrators, including students, in Gwangju protesting against then President Chun Doo-hwan, who took power in a military coup a year earlier.

The tank-led quelling of the uprising left hundreds of people killed and thousands wounded.

In February, the LKP stripped Rep. Lee of party membership for describing the pro-democracy movement as a riot.

After dragging its feet for about two months, the party took disciplinary measures against Kim Soon-rye and Kim Jin-tae, but the punishment was viewed as light.

Kim Soon-rye had her rights as a party member suspended for three months, after she said at a forum that pro-North Korean leftists have created a monster group, called victims of the May 18 uprising.

Kim Jin-tae received a formal warning for his co-hosting of the forum, during which a conservative panelist claimed North Korea's military was involved in the Gwangju incident.

Former President Kim Young-sam was stripped of his parliamentary seat in 1979 due to political suppression when he was the chief of an opposition party. It was the only case in Korean history of parliament dismissing a sitting lawmaker.

More than two-thirds of approval is required for the National Assembly to expel a lawmaker. The ruling DP holds 128 posts in the 299-member parliament, followed by the LKP with 113 seats.