SEOUL, June 5 (Yonhap) -- North Korea may suspend a propaganda group gymnastic and artistic performance from next week after its leader Kim Jong-un recently expressed dissatisfaction over its content and format, tour agencies specializing in trips to the North said Wednesday.

Citing anonymous sources, China-based Young Pioneer Tours said on its website that the performance, titled "The Land of the People," could be suspended from Monday due to Kim's dissatisfaction with it.

Koryo Tours, another Beijing-based tour agency specializing in North Korea travels, also said on its website that the performance could be suspended from Monday for days or weeks.

On Tuesday, the North's official Korean Central News Agency reported that leader Kim attended the group gymnastics and artist performance held in Pyongyang's May Day Stadium on Monday and strongly criticized its creators for "their wrong spirit of creation" and "irresponsible work attitude."

"Noting that the creators and artists in the literature and art sector have a very important duty in socialist cultural construction, he set forth important tasks for correctly implementing the revolutionary policy of our party on literature and art," it added.

The performance involves tens of thousands of people displaying acrobatics, gymnastics, dance and flip-card mosaic animations. It is seen as a major propaganda tool for the regime as it is mostly aimed at extolling its leaders and the socialist system.

North Korean media earlier reported that the performance will be staged from June to October. They have not reported yet on whether it will be suspended from next week. 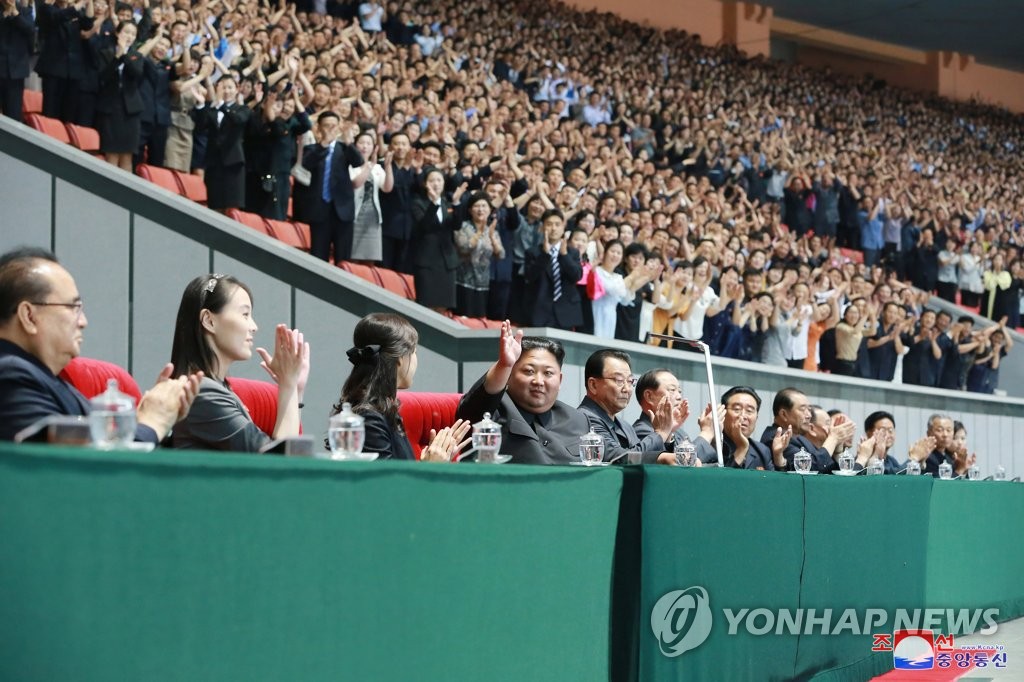