SEOUL, June 5 (Yonhap) -- What do some of today's most high-flying, young music acts -- IZ*ONE, Wanna One, Chungha and Jeon So-mi -- have in common? They made high-profile debuts through the sensational idol audition cable show "Produce 101" and went on to enjoy huge success on the K-pop music scene in an unprecedentedly brief span of time.

Since its first season produced the breakout debut of girl band I.O.I in 2016, the idol competition show has grown in prominence and popularity season by season to emerge as arguably the most sought-after channel to launch an entertainment career for novice musicians and idol wannabes.

"Produce 101" is one of the latest hits in a 10-year family tree of K-pop audition programs dating back to Superstar K in 2009. That show, also by Mnet, spawned stars like Seo In-guk, who debuted in the music program before building a solid career in acting, as well as Roy Kim, a widely loved solo singer who fell from grace in a recent sex video scandal.

"Produce 101" set itself apart from similarly formatted rival shows by bringing to light lesser-known K-pop artists already affiliated with mostly small and medium-sized talent agencies and engaging TV viewers to vote in every step of selecting a new team of idols to officially debut on the K-pop scene.

I.O.I was the first 11-member girl band formed through such a process in the first season of "Produce 101" in 2016, sweeping the K-pop scene with its cheerful and girlish music till its disbandment in 2017.

The show's Season 2 in mid-2017 launched the sensational 11-member boy band Wanna One, whose breakneck ascent put the band in position to pit itself locally against the globally celebrated boy band BTS before the 11 members parted ways earlier this year.

Another 12-member girl band, IZ*ONE, made a breakout debut last year through the show's third season, instantly rising to the ranks of top-tier female bands TWICE and BLACKPINK in terms of album sales and chart performance, once again proving the power of the talent competition reality show as one of the most promising platforms for launching a show business career. 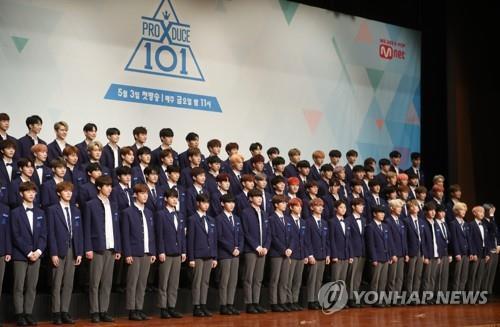 The top three K-pop agencies -- SM, JYP and YG -- have largely shied away from fielding their trainees in the competition in the past three seasons, out of both weariness and pride as the biggest producers of top-rank music bands and artists, except for the special case of Jeon So-mi, a JYP artist who finished first in the first season and debuted in I.O.I.

The ongoing fourth season, "Produce X 101," represents a major turnaround in the attitude of the three major talent agencies.

Trainees from all three agencies joined the new season, whose sixth episode is set for this coming Friday, including two from Esteem, a fashion model agency under SM Entertainment, and YG's Mahiro Hidaka and Wang Jyunhao.

JYP also fielded one of its trainees, Yoon Seo-bin, who instantly emerged as the fourth season's front-runner before being eliminated over his past record of school bullying. 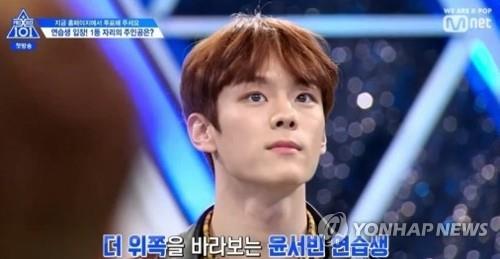 "'Produce 101' did indeed become a prominent platform for debuts. In the past, broadcasters tapped into the resources of the three major talent agencies," pop columnist Kim Kyo-seok told Yonhap News Agency.

"But broadcasters now are building their own platforms to nurture new idols in a new business model," he said.

Each 11-episode season of "Produce" is a rare window for novice entertainers to press their names to the mind of the public, a chance that rarely comes to idol wannabes outside of the market-dominating big talent agencies.

Kim Dong-han from a small agency built a solid solo music career after competing in the second season. Kim failed to enter the group of the final 11 winners who debuted as Wanna One after finishing 22nd in the competition. But his presence on the show gave him enough time to carve out his name in the public consciousness.

This month will see a series of high-profile "Produce"-affiliated solo and group acts hit the K-pop scene.

After much waiting, Jeon So-mi, a former member of I.O.I, will finally release her first solo album next week under a new management agency, The Black Label.

Another I.O.I member, Chungha, is also reportedly set to return to the music scene with a new album after building one of today's most robust female solo careers following I.O.I's disbandment.

Girl bands WJSN and Fromis 9, which include members who competed in "Produce," also released new albums, "For the Summer" and "Fun Factory," respectively, on Tuesday.

Above all, the music scene will welcome the debut of another high-profile 11-member boy band in July when the fourth season of the show comes up with the lineup of its final winners.

"The trend of broadcasters' creating their own idols will continue and eventually become part of the K-pop phenomenon," the critic Kim said, referring to "Super Band," another audition reality show by JTBC.

He predicted the three major entertainment firms will have no other choice but to join audition programs.

The chief producer of "Produce" Season 4 was well aware of the show's growing influence and said in a press conference in late April that he aims to get the upcoming boy band to be listed on Billboard music charts. 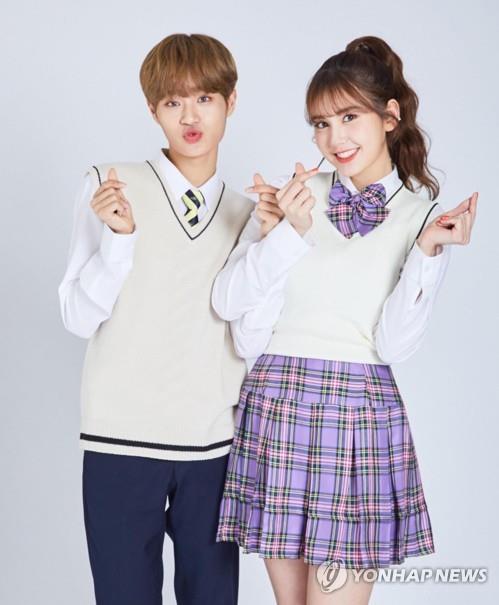