Kim Jung-han, the ministry's director-general for Asian and Pacific affairs, told his counterpart, Kenji Kanasugi, that Tokyo should not use the stiffer inspection scheme as a disguised discriminatory measure against South Korean seafood, the ministry said.

Effective from late last week, Japan tightened scrutiny of flatfish and other South Korean marine products. That triggered speculation that such steps by Tokyo are part of retaliation against Seoul's restrictions on Japanese seafood imports after the 2011 Fukushima nuclear accident.

Kim and Kanasugi also discussed the issue of Japan's wartime forced labor. The Japanese official reiterated Tokyo's call on Seoul to form an arbitration panel involving a third-country member to settle the matter.

The Japanese government maintains that all reparation issues stemming from its 1910-45 colonial rule of Korea were settled under a 1965 accord that normalized bilateral relations.

Despite the impending issues, the two sides agreed to continue efforts to improve the bilateral ties going forward, the ministry said. 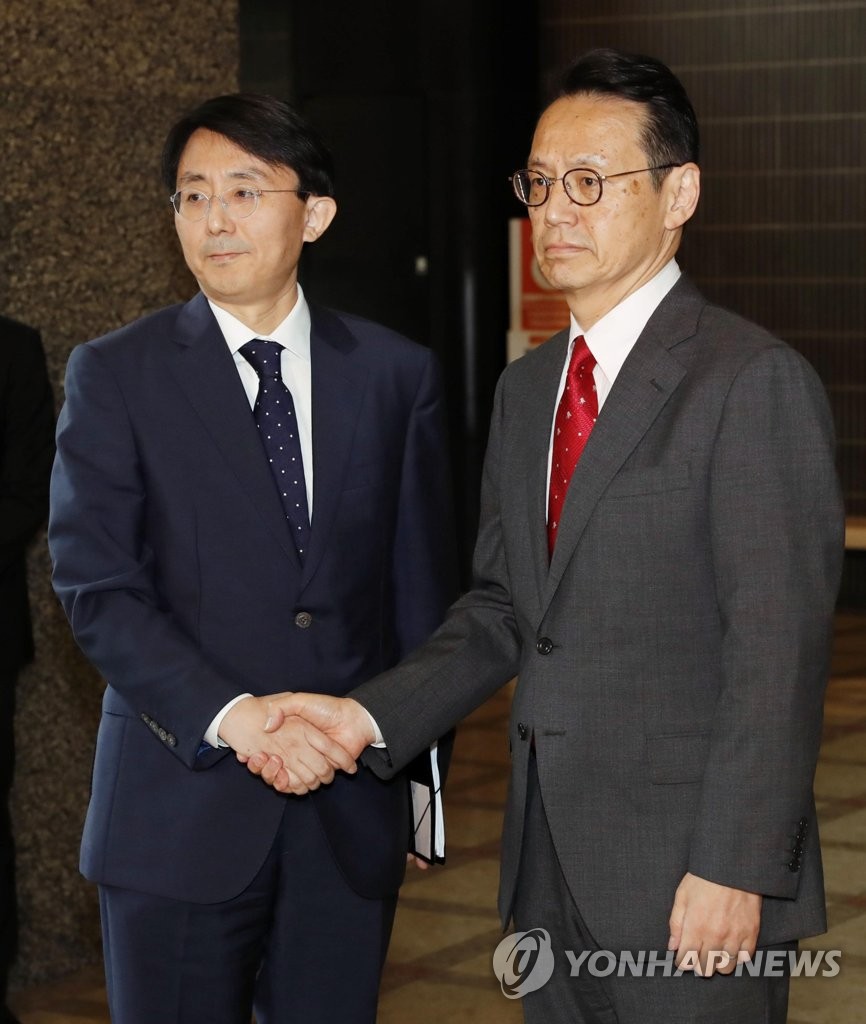