The body of a man in his 60s was found first during an underwater search, followed by a woman in her 30s some 50 kilometers downstream from the site of the sinking on the Danube River in Budapest, South Korean government officials said, citing Hungarian police.

The third body was of a 40-something-year-old woman, which was retrieved after it surfaced on waters above the sunken cruise boat.

A total of 33 Koreans and two Hungarian crew members were on the boat amid heavy rain when it collided with a larger cruise vessel and sank in the river on Wednesday last week.

Seven South Koreans were initially reported dead, while seven other tourists were rescued. Investigators later recovered five bodies on Monday and Tuesday, which were all confirmed to be South Koreans.

South Korea has sought Hungary's permission to search inside the wreck to find more victims, but Hungarian authorities have disapproved over safety concerns and begun steps to lift the boat from the riverbed. 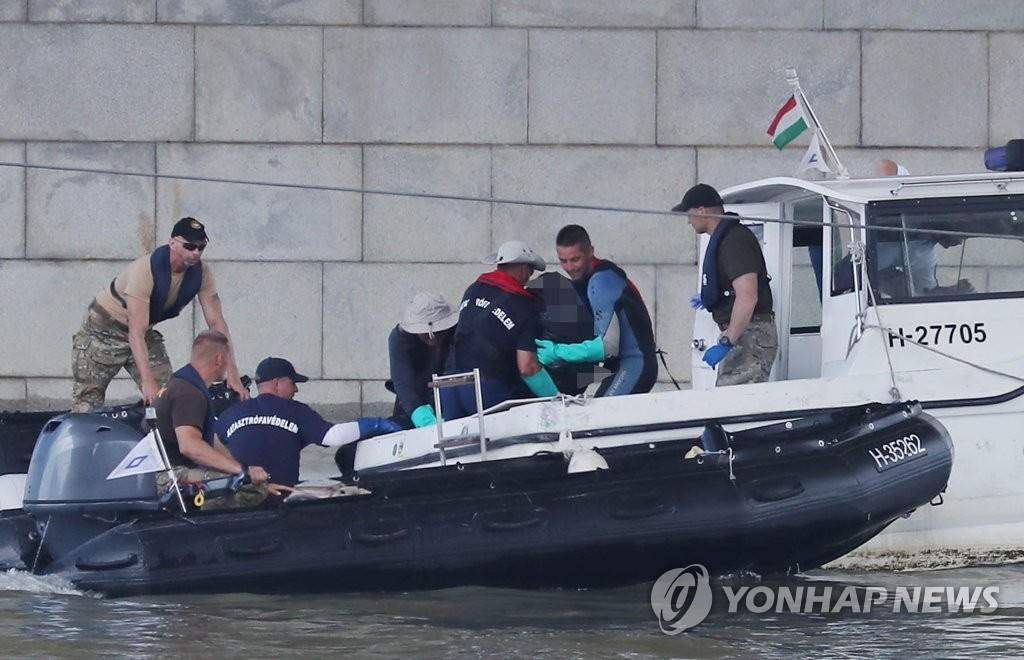