SEOUL, June 6 (Yonhap) -- The value of Big Hit Entertainment, the agency of the global K-pop sensation BTS, is estimated to be more than US$1 billion, a local researcher said Thursday.

According to a report released by the Hyundai Research Institute (HRI), the value of the agency is estimated at between $1.1 billion to $2 billion, becoming a successful "unicorn," which refers to non-listed ventures that are valued at over $1 billion.

Earlier this month BTS held performances at Wembley Stadium, the biggest concert venue in Britain, where such big-name artists as Michael Jackson, Madonna and Celine Dion have performed. BTS has held concerts in 18 different countries over the past six years.

As of end-May, the group sold 3.23 million units of its latest album, "Map of the Soul: Persona." The researcher said such factors have made the corporate value of Big Hit higher than ever.

The popularity of BTS also grew on the back of millennials using social media to share the group-related contents, the institute said. The strong fandom across Asia, the United States, and other regions is another of strength of the band, it added. 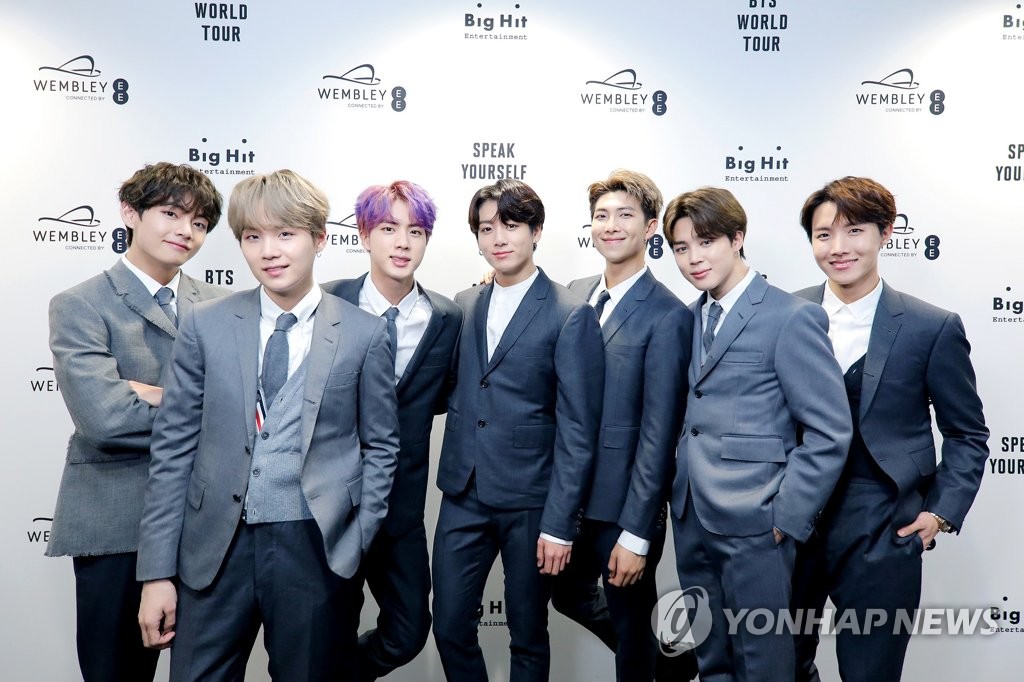