At their earlier summits, the first of which took place a year ago on June 12 in Singapore, Kim and Trump sought to strike a deal that would lead to the dismantlement of North Korea's weapons of mass destruction programs in exchange for the lifting of crippling sanctions on the regime.

Experts asked by Yonhap News Agency were divided on how far the two sides have come since the Singapore summit, with some saying the tensions of 2017 have eased and others arguing the prospects for North Korea's denuclearization have only worsened.

But most agreed that the two charismatic leaders will seek a third summit within the year.

"A third Trump-Kim summit is a near certainty for 2019 -- you can take that prediction to the bank," said Harry Kazianis, senior director of Korean studies at the Center for the National Interest. "Both sides came too close to a deal in Hanoi to give up now." 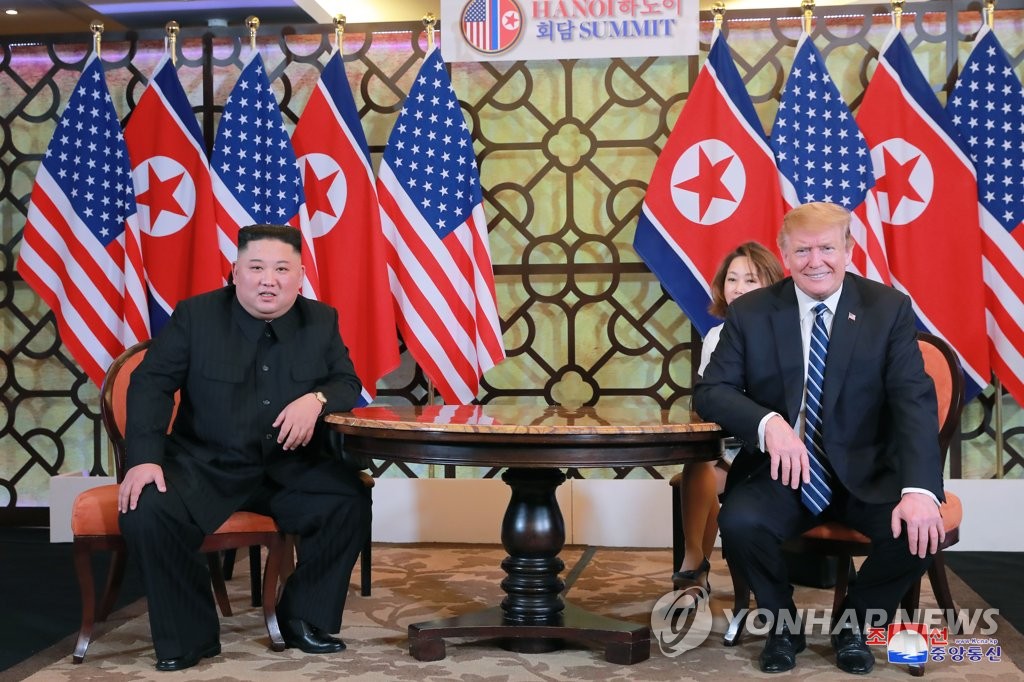 The second summit in Hanoi, Vietnam, in February ended without any agreement due to differences over the scope of North Korea's denuclearization and sanctions relief from the U.S.

Trump has remained hopeful for a deal and taken obvious measures to keep the diplomacy alive. In March, he withheld new sanctions on Pyongyang. And in May, when North Korea launched short-range missiles, Trump said he wasn't bothered by them and dismissed them as a possible attempt to "get attention."

"With President Trump seeking reelection, he will surely want a major foreign policy accomplishment under his belt to brag about on the campaign trail, with his supporters chanting 'Nobel' once again," Kazianis said, referring to Trump's apparent glee at suggestions he should win the Nobel Peace Prize.

"With no other parts of the world offering anything close to a historic win for the administration, North Korea could provide that page in history he is hoping to etch his name on," he added.

Kim will likely have his own reasons for wanting a third summit despite the huge embarrassment dealt by the no-deal summit in Vietnam.

"Trump wants a foreign policy victory and Kim needs sanctions relief," said Frank Aum, senior expert on North Korea at the U.S. Institute of Peace, putting the probability of a third summit at "slightly better than 50-50."

"The question is how desperate is each side for a deal," he said.

Trump may be comfortable with the status quo where North Korea doesn't conduct any nuclear tests or launches of intercontinental ballistic missiles capable of reaching the U.S. mainland. But it's unlikely North Korea will feel the same.

"I don't think Trump wants to wait to the point that North Korea conducts a more provocative action that may require a more aggressive U.S. approach or suggest a failure in Trump's North Korea policy before the elections," Aum said.

He added that the current impasse over matching North Korea's denuclearization steps with U.S. sanctions relief would ideally be broken during Trump's meeting with South Korean President Moon Jae-in in Seoul at the end of this month.

"Ideally ... they will agree on greater flexibility, which they can then signal to Pyongyang," Aum said.

One option would be to accept a smaller deal that includes some initial sanctions relief for the shutting down of North Korea's main nuclear facility in Yongbyon, he suggested. The second option would be to reach a comprehensive deal on paper and then implement it in stages.

Bruce Klingner, who specializes in Korea affairs as senior research fellow for Northeast Asia at The Heritage Foundation, pointed to the lack of working-level negotiations since the collapse of the February summit and how that makes a third summit seem remote.

The Trump administration has stated that a third summit will depend on progress toward a viable denuclearization agreement.

"However, in December 2018, National Security Advisor John Bolton stated that it was the very lack of progress which affirmed in President Trump's mind the necessity of a second summit," Klingner recalled. "Therefore, a third summit is possible either to overcome any lack of progress or to defuse tensions caused by future North Korean provocative behavior." 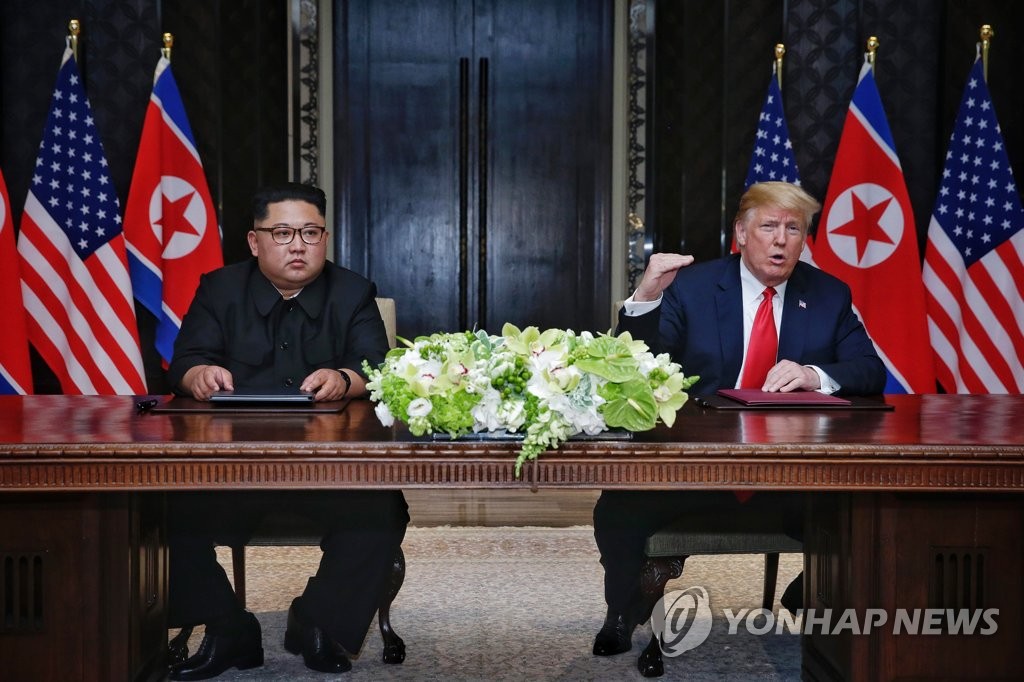