PARIS, June 7 (Yonhap) -- His team may be the heavy underdog against France in their opening match of the FIFA Women's World Cup, but South Korea head coach Yoon Duk-yeo said they won't go down without a fight.

"The time has arrived for us to show what we've been working on, and I am convinced we'll be the best version of ourselves," Yoon said at his pre-match press conference at Parc des Princes in Paris on Thursday. 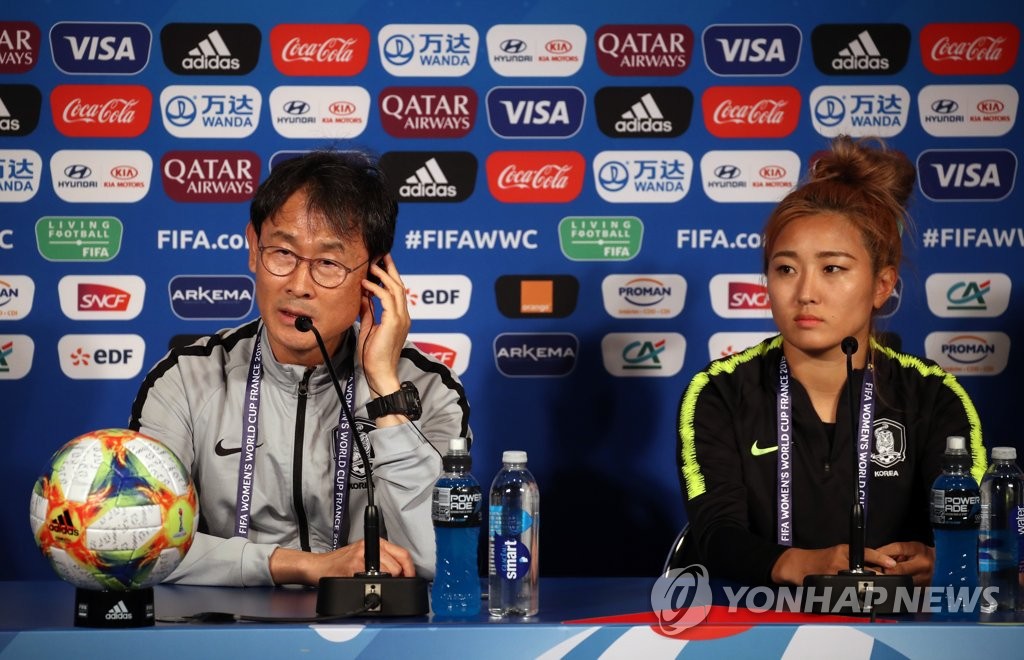 The match between the Group A opponents, also the official tournament opener, kicks off at 9 p.m. Friday (local time), or 4 a.m. Saturday (Seoul time).

"In terms of individual skills and tactical prowess, France are among the very best, and this won't be an easy match for us," Yoon added. "But we have a lot of players who have played in the World Cup before. We're not going to be pushed around."

France are the highest-ranked team in Group A at No. 4, and South Korea are No. 14.

It's the rematch of the round of 16 from the previous tournament in Canada four years ago. South Korea reached the knockout stage for the first time then but fell to France 3-0, after giving up two goals in the first eight minutes.

"It motivates our team to be going up against France again. It's really going to push our players," Yoon said. "We've gotten better over those four years. We won't be intimidated."

South Korea captain Cho So-hyun said she embraced the challenge of facing a team in the upper echelon of women's football. 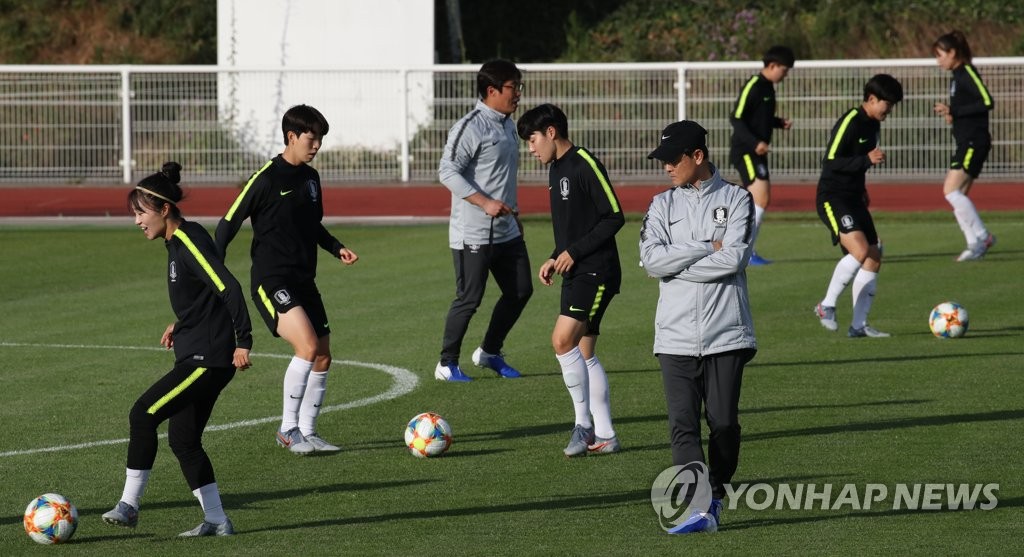 "It's always difficult for South Korea to schedule matches against power houses, and I am happy to be playing such a strong team at this big tournament," Cho said. "I was a nervous wreck at my first World Cup (in 2015), but now, I am excited and ready to go. Hopefully, we'll show our competitive edge in this match and inspire young players."

Cho leads all active South Koreans with 121 caps. She is coming off her first season in England with West Ham United Women, and she said her experience against tough competition there has prepared her well for the World Cup.

"I used to have trouble against bigger and stronger players, but I've learned how to handle them better in England," she said. "I should be able to build on that experience here."