SEOUL, June 7 (Yonhap) -- After a brief hiatus, local activist hedge fund Korea Corporate Governance Improvement (KCGI) is again ramping up its pressure on Hanjin KAL Corp., the holding company of logistics-centered Hanjin Group which has been increasingly under pressure to improve its corporate governance and even change its management, industry sources said Friday.

Through its investment subsidiary Grace Holdings Ltd., KCGI -- the second-largest shareholder in Hanjin KAL, owning 16 percent of the corporation -- has demanded the Seoul Central District Court designate an auditor to review Hanjin KAL's appointment process for a new chairman.

It also asked the court to allow it to access documents regarding about 160 billion won (US$136 million) worth of loans local banks extended to Hanjin KAL late last year, according to Hanjin KAL.

Hanjin KAL said it will respond to the move according to legal procedures, while KCGI could not be reached for comment on the matter. 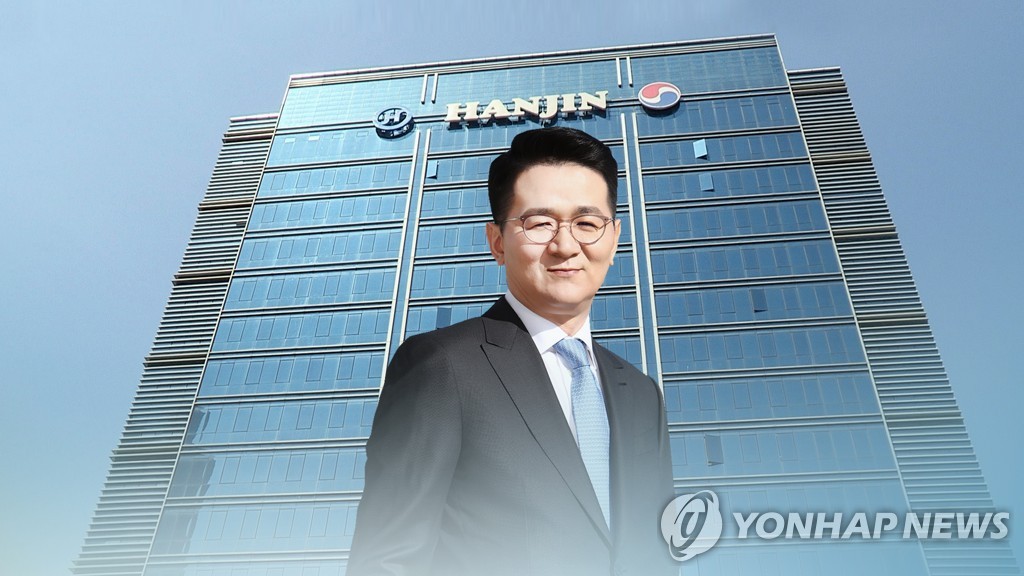 Hanjin KAL's board named late Chairman Cho Yang-ho's only son, Won-tae, as new chairman in April following his father's death. Its board approved the loans in December.

Hanjin KAL is the holding company of Hanjin Group, which has Korean Air Lines Co., budget carrier Jin Air Co. and other affiliates under its wing. Won-tae also took over the chairmanship of national flag carrier Korean Air, succeeding his father.

KCGI has previously taken issue with the loans Hanjin KAL took out. At a Hanjin KAL shareholder meeting in March, KCGI Vice President Shin Min-seok reportedly said the holding company took out 160 billion won in loans with a 4 percent rate, 100 billion won of which was placed in a savings account that offers an interest rate of around 1 percent.

With the loans, Hanjin KAL's assets climbed to over 2 trillion won, forcing the company to comply with regulatory rules, such as creating an audit committee instead of having a single auditor.

Under the country's commercial law, if an audit committee is set up, shareholders are allowed no more than a 3 percent say in the make-up of the committee, no matter how many shares they have, which means KCGI's interest will be capped at the threshold.

But under a single auditor scheme, only the biggest shareholder is subject to the 3-percent cap rule.

The legal move and other requests come amid speculation that the severance package and some of the loans could be used to pay the Cho family's inheritance taxes.

In a recent regulatory filing, KCGI also said its stake in Hanjin KAL increased to 15.98 percent from 14.98 percent.

The Cho family and other relatives together hold a 28.93 percent stake, including 17.84 percent held by the late chairman, in Hanjin KAL. The National Pension Service owns a 7.34 percent in the firm.

With an accumulated stake, KCGI is widely expected to put pressure on Hanjin KAL to make some changes to the management of Hanjin Group, the country's 14th-biggest conglomerate by assets.