SEOUL, June 7 (Yonhap) -- Prices of DRAM are expected to dip more than expected in the third quarter in the wake of the U.S. ban on Huawei's shipments of smartphones and server products, a market tracker said Friday.

DRAMeXchange, a division of TrendForce, expected DRAM prices to fall by between 10 and 15 percent in the July-September period, sharper than its earlier estimate of a 10-percent decline.

TrendForce expected the heated trade war between the United States and China to hit global chip demand in the second half of this year, because data centers may cut their capital expenditures in the wake of rising uncertainties.

"DRAM prices have a chance to rebound in 2020 due to prices hitting bottom, limited supply bit growth and other factors," TrendForce said. "But for 2019, it is feared that suppliers will come under prolonged pressure to adjust prices downwards."

The continued slump in DRAM prices is anticipated to weigh on the profitability of Samsung Electronics Co. and SK hynix Inc., the world's top two memory chip makers, which rely heavily on sales in China and the U.S.

Prices of DRAM products for computers have kept sliding this year on weak demand and a high level of inventory by major suppliers. The average price of 8-gigabit DDR4 DRAM, a benchmark price for the category, stood at US$3.75 in May, cut by more than half from a historic high of $8.20 in September, DRAMeXchange's price chart showed. 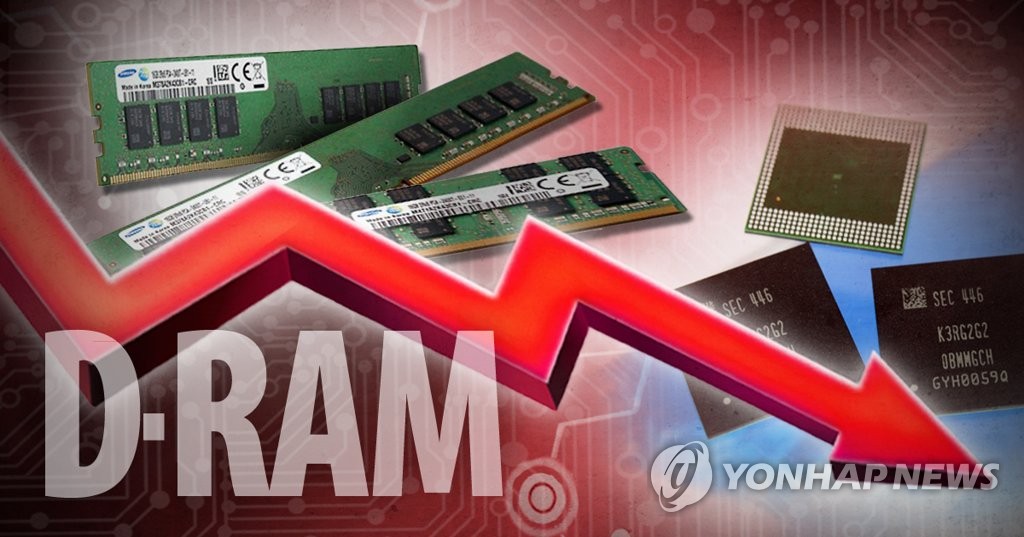