During his meeting with Gen. Richard Clarke in Seoul, Jeong said that the close cooperation between the special operations commands of the two countries has contributed to their staunch readiness posture, and he asked for continued support from the U.S. for ongoing diplomacy to achieve the denuclearization of the Korean Peninsula and permanent peace.

Noting that his visit to South Korea helped him reaffirm the strong bilateral alliance and the joint defense posture, the U.S. general vowed to make the utmost efforts to further enhance the close partnership between the special operations commands of the two nations, according to the ministry.

No further details of Clarke's visit to South Korea have been made available. 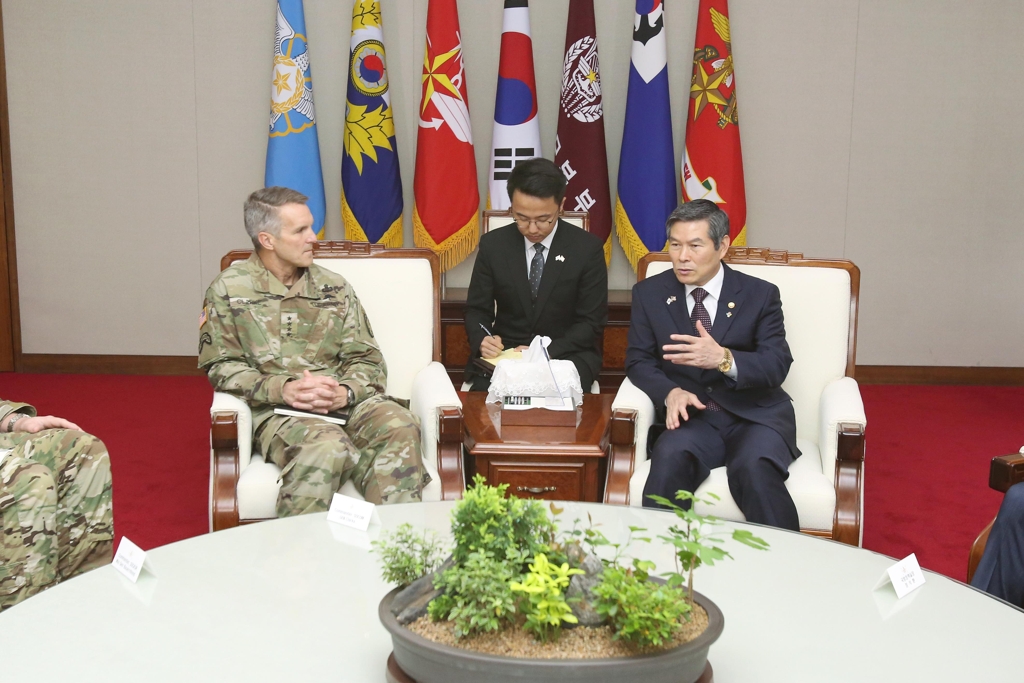