SEOUL, June 8 (Yonhap) -- Having underperformed given its star-studded cast and huge budget, the blockbuster fantasy series "Arthdal Chronicles" is the subject of mixed views on whether it can rebound in the second week of its run.

The new weekend drama aired by cable channel tvN is about people living in the ancient city of Arthdal in a mythical land called Arth and their power struggles for the throne of the first nation founded on the continent. 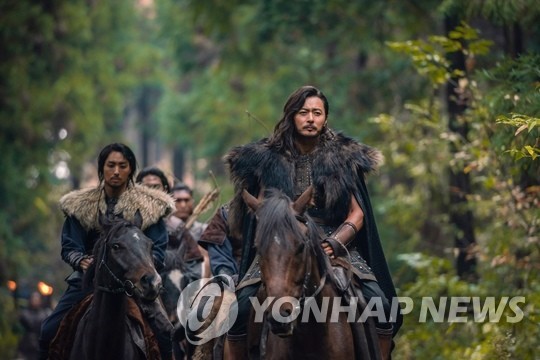 But its beginning was disappointing, with viewership ratings hitting 6.7 percent for the first episode, broadcast Saturday, and 7.3 percent for the second episode the next day.

These are lower than tvN's previous big-budget historical series, "Mr. Sunshine," aired last year and starring Lee Byung-hun and Kim Tae-ri, which got viewership figures of 8.9 percent and 9.7 percent for the first and second episodes, respectively.

TV audiences point out that various characters, settings and costumes of "Arthdal Chronicles" look similar to those in the U.S. series "Game of Thrones" and other popular fantasy movies and dramas, including the 2006 adventure movie "Apocalypto."

The computer-generated imagery and props used in some scenes were criticized for being clumsy given its big-budget and stellar cast, and its plot was said to be lame and formulaic.

As a result, the drama's mixed bag of character and story failed to meet not only viewers' but also investors' expectations.

"The drop in share price was largely because of the lower-than-expected viewership ratings of the most-anticipated drama," Han Sang-woung, an analyst from Eugene Investment & Securities Co., said in a report on Tuesday. "The already completed episodes mean it won't be able to receive real-time feedback from viewers or allow changes to the plot."

But insiders said the TV ratings will likely go up from the third episode, slated for Saturday, as the drama has finished the fundamental narrative of world-building and is ready to develop its story fully starting this weekend.

The 2017 blockbuster fantasy romance drama "Guardian: The Lonely and Great God" from tvN also started with low audience shares in the first week -- 6.3 percent and 7.9 percent. But it soared to 20.5 percent in its final episode, the highest rating for all tvN dramas.

"In the third and fourth episodes, Eunseom (played by Song Joong-ki) and Tagon (Jang Dong-gun) stand against each other," said an official from the production company. "And Eunseom is going to struggle against overwhelming powers. It must be worth watching." 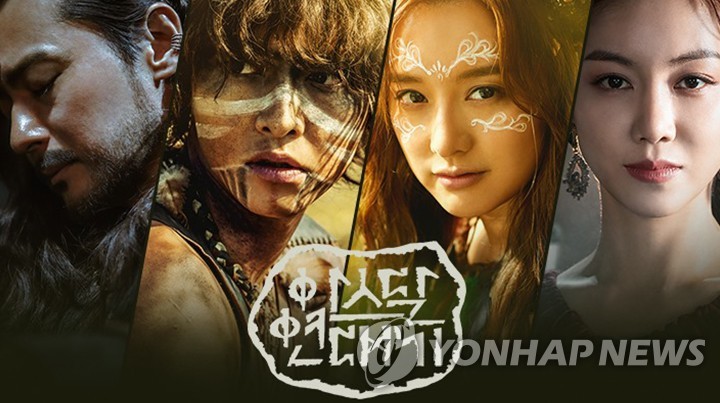