The official made the remarks in response to reporters' questions about a Thursday report by Voice of America that said Seoul has not participated in multinational campaigns to crack down on North Korea's illicit ship-to-ship transfers of fuel and other goods in the East China Sea and its surrounding waters.

The Japanese foreign ministry was quoted as saying in the report that there "is no record that South Korea deployed an aircraft or a ship to Japan for monitoring and surveillance activities against North Korea's illicit maritime activities."

The Seoul official denied the report and stressed that South Korea "has been implementing every detail (of the resolutions) in close cooperation with countries concerned in operations areas."

The official added that Seoul "has employed all available assets, and managed them properly (for the activities)," while refusing to elaborate, citing military secrecy.

In an annual report, a U.N. panel earlier said North Korea "continues to defy Security Council resolutions through a massive increase in illegal ship-to-ship transfers of petroleum products and coal.

As part of efforts to deter such transfers, the U.S. has led an eight-nation coalition that includes South Korea, Canada, Australia, Britain, France, Japan and New Zealand. 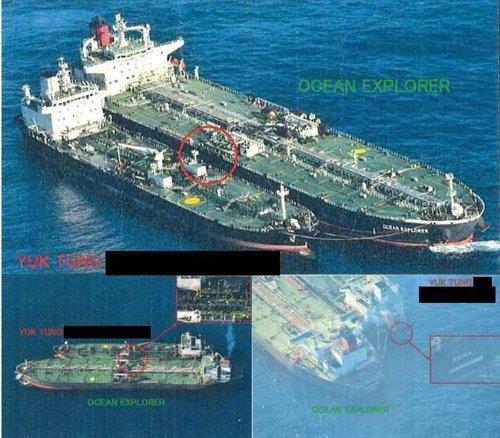