The ministry will sign a memorandum of understanding (MOU) with its counterparts for the establishment of the Korea Startup Centers -- one in Finland and the other in Sweden -- during President Moon Jae-in's June 9-16 visit to the two countries and Norway, according to SMEs and Startups Minister Park Young-sun.

"The nations have a very advanced startup ecosystem, so we decided to send a delegation to the countries during the president's state visit," Park said in a press conference. 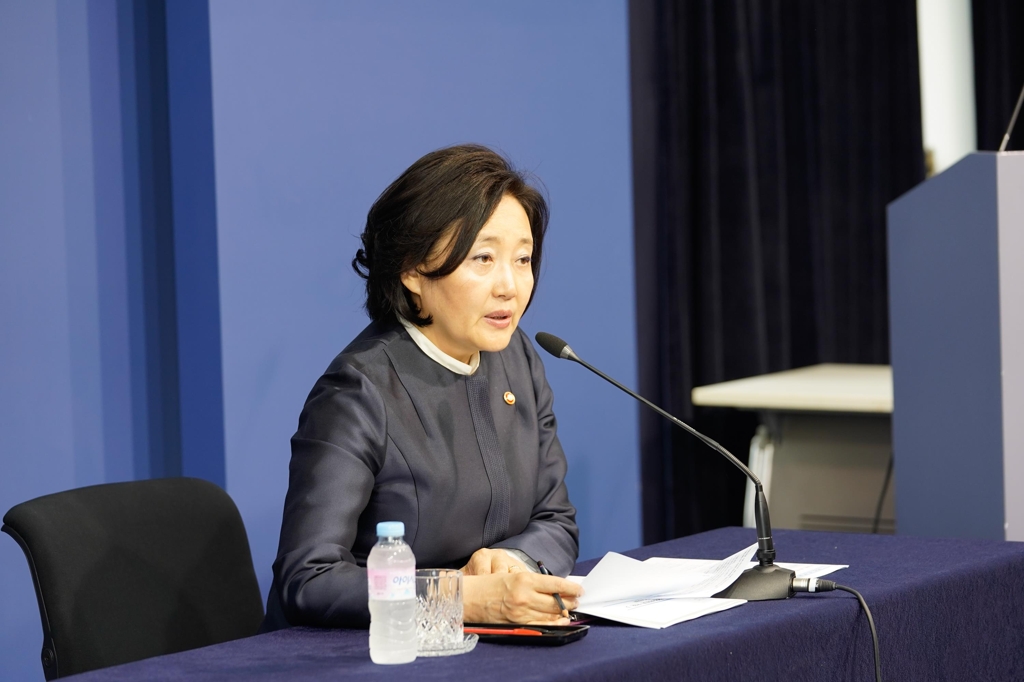 Through the centers, South Korean startups will be able to seek partnership opportunities with local companies in the two Northern European countries, she said.

The business fields in which Korean startups and their counterparts in Northern Europe can work together will include 5G, artificial intelligence, biotechnology, health care and autonomous vessels, she said.

In Norway, the Seoul government will also seek opportunities for bilateral business partnerships in the shipbuilding industry, the ministry said in a statement.

The ministry will sign an MOU with DNV GL, the Norwegian accredited registrar and classification society, to help Korean shipbuilders recognize the latest vessel technology standards and seek cooperation over new vessel technologies, according to Kim Moon-hwan, director general for global market policy at the ministry.

The ministry also said it is planning to open similar centers in Seattle in August and New Delhi in September this year, Park said.

Asked if the government plans to open a Korea Startup Center in China, one of the world's two biggest startup markets along with the United States, the minister said it does not have such a plan for now.