SEOUL, June 7 (Yonhap) -- The defense ministry said Friday it has discovered 100 pieces of bones and thousands of items believed to be from soldiers killed in the 1950-53 Korean War inside the Demilitarized Zone (DMZ) on the border with North Korea.

The bone pieces, as well as a total of 6,641 articles, including a war recognition certificate, were unearthed between May 28 and June 6 during an excavation and demining project on Arrowhead Ridge, a former battle site inside the DMZ that separates the two Koreas, according to the ministry.

Since the excavation project kicked off in April, the military had found 425 bone pieces and 29,696 artifacts from the hill as of Thursday, it added.

"Drawing particular attention among the items was a recognition certificate inside a wallet presumed to have been awarded by South Korea's Army chief of staff," the ministry said, adding that it is expected to help identify a fallen soldier.

The military also found several bone pieces believed to be from as many as four people at one trench on the hill, which "vividly depict how fierce the battles were on Arrowhead Ridge," according to the ministry.

At the height of the Korean War, South Korean, American, and French soldiers fought to repel waves of invading Chinese and North Korean forces. About four major rounds of fighting took place on the 281-meter ridge in Cheorwon, Gangwon Province, some 90 kilometers northeast of Seoul.

Noting that it remains unclear how many persons the bone pieces belong to, the military said it will carry out a detailed examination and DNA analysis to identify their origins.

Under the inter-Korean military accord aimed at reducing tensions and building trust, Seoul and Pyongyang had planned to carry out the joint excavation project together for about six months from April. But the North has remained unresponsive to calls for jointly carrying out the project as agreed, leaving the South Korean military to carry out the operation alone. 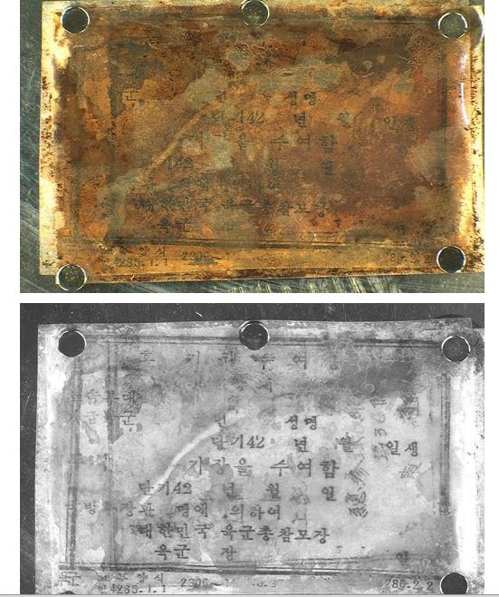