SEOUL, June 7 (Yonhap) -- A senior official at South Korea's presidential office cautioned people here Friday against being excessively concerned about the impact of the possible involvement of Huawei, a Chinese telecom giant, in the country's 5G network.

"There's no impact from the 5G (use) to the defense security of South Korea and the United States," the official told reporters on the condition of anonymity.

He was responding to remarks by U.S. Ambassador to South Korea Harry Harris on the issue.

Attending an ICT-related forum in Seoul last week, Harris said, "Decisions made today regarding 5G networks will have national security implications for decades." 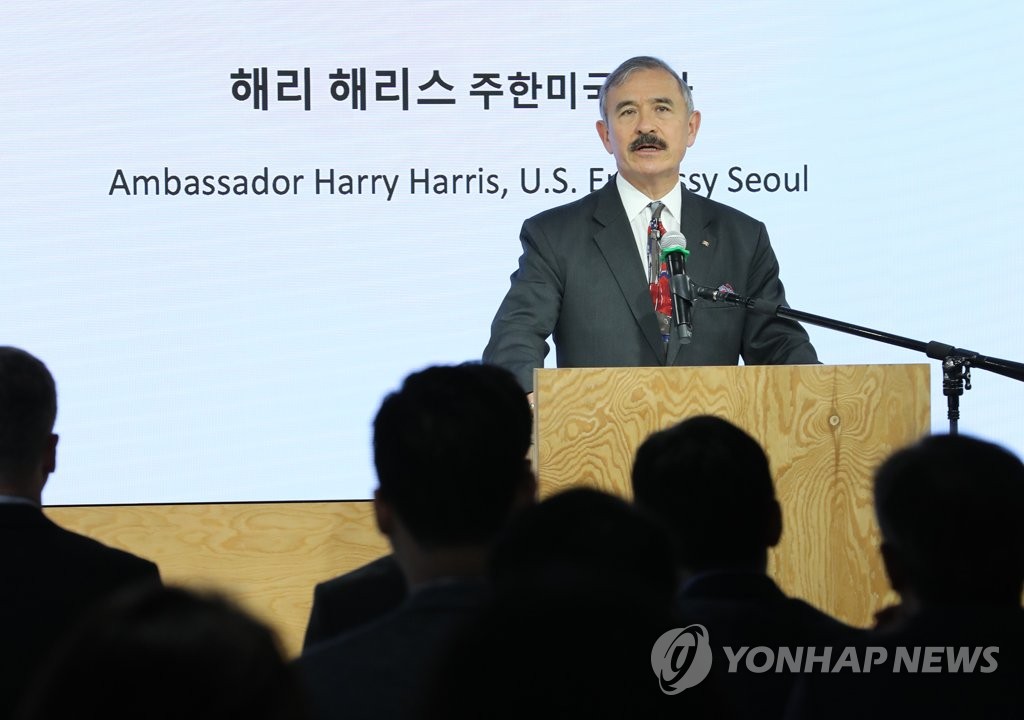 He requested that South Korean firms choose a "trustworthy system provider," apparently indicating that Huawei is not reliable.

Local media construed the envoy's comments as adding pressure on South Korea to choose between China and the U.S. amid a sharp trade conflict between the so-called G2 countries.

The Cheong Wa Dae official would not comment on whether the U.S. ambassador's statement was appropriate or not.

He said South Korea's use of 5G networks is still relatively tiny.

"I would like to tell you that the 5G is separate from military communication networks," he stressed.