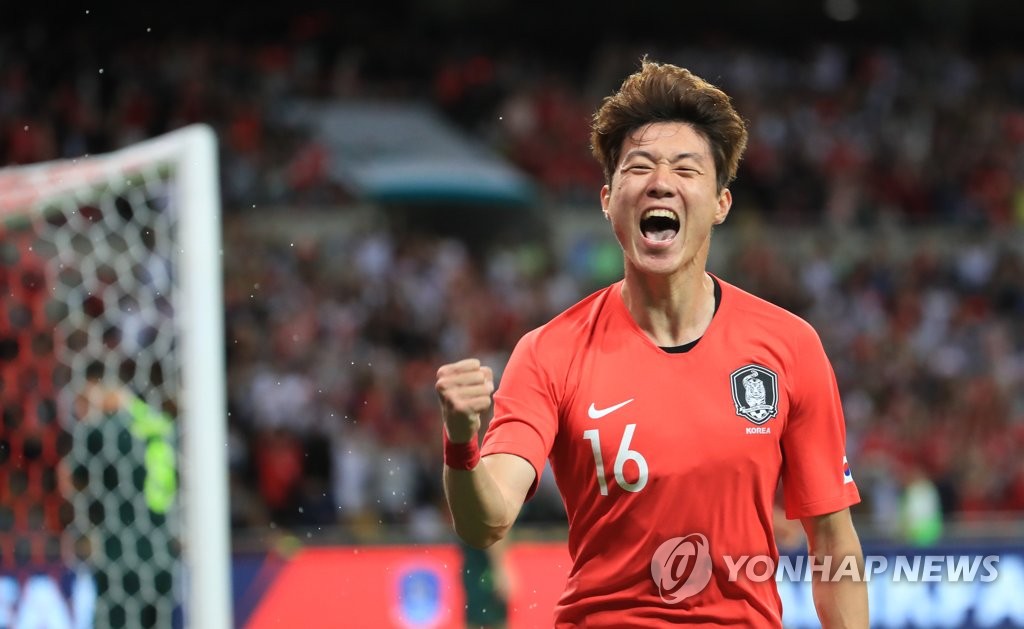 "Since I had a lot more left in my tank as a substitute, I wanted to play hard and help my teammates," Hwang said. "As a forward, I always enjoy scoring goals, and it's even better when my goals help us win. This was a tough match, and I am glad we got the win without giving up any goals."

Hwang also scored against Australia in their previous meeting last November. He said he doesn't think he's particularly better against Australia than other teams and said, "Coming in as a sub, I wanted to change the momentum of the match. And it worked out great."

Bento threw a 3-5-2 formation at Australia. It was the first time in nearly six months that the coach went to this formation, with three backs -- Kim Young-gwon, Kim Min-jae and Kwon Kyung-won -- asked to handle most of the defensive duties while wing backs Kim Jin-su and Kim Moon-hwan were give free rein to roam in the offensive zone.

Son Heung-min and Hwang Hee-chan started as forwards, and midfielders Hwang In-beom and Lee Jae-sung were the secondary attacking options. And with the two wing backs joining the offense, South Korea essentially had six players to put pressure on the opposing defense. 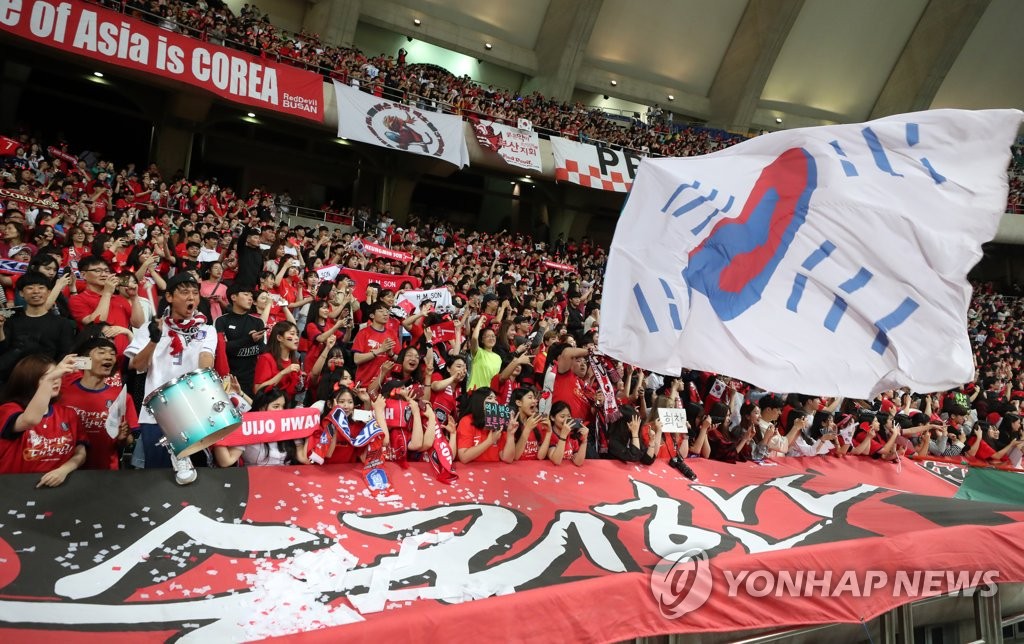 But South Korea didn't even have a shot attempt in the scoreless first half. They lacked delicate touch in the attacking third, and their transition game was virtually nonexistent. 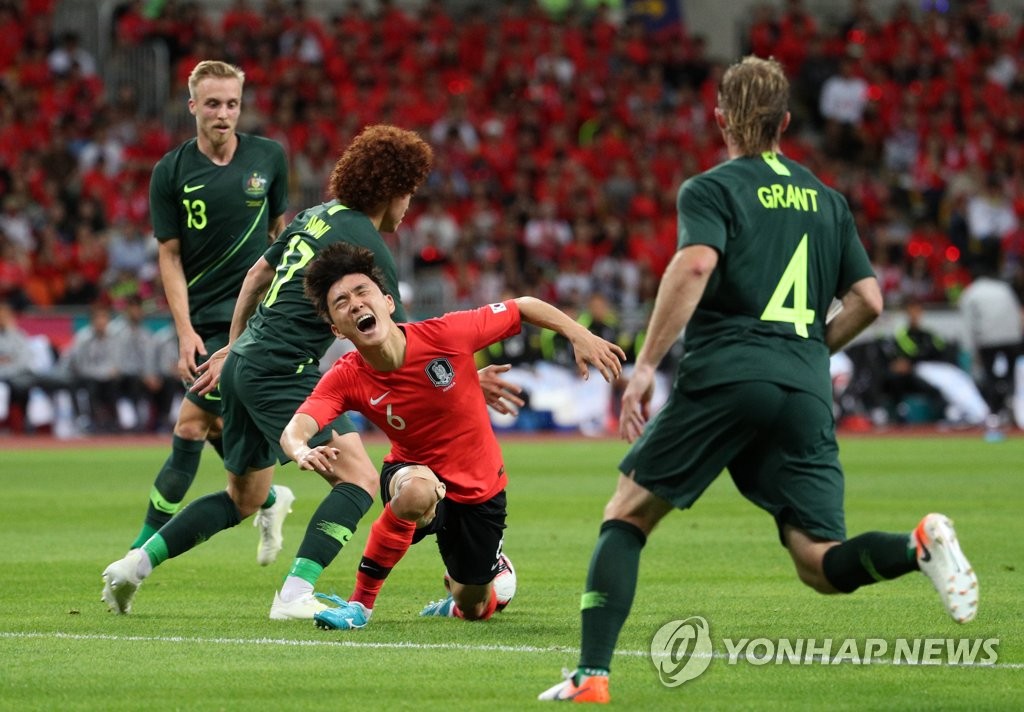 Son tried to double the lead for South Korea in the 82nd minute, but Redmayne came up with his biggest save of the match, diving to his right to turn aside Son's left-footed attempt from just inside the box.

Australia used up all six substitutions in the second half but failed to match Hwang's goal.

South Korea's next match is against Iran at Seoul World Cup Stadium in the nation's capital at 8 p.m. Tuesday. 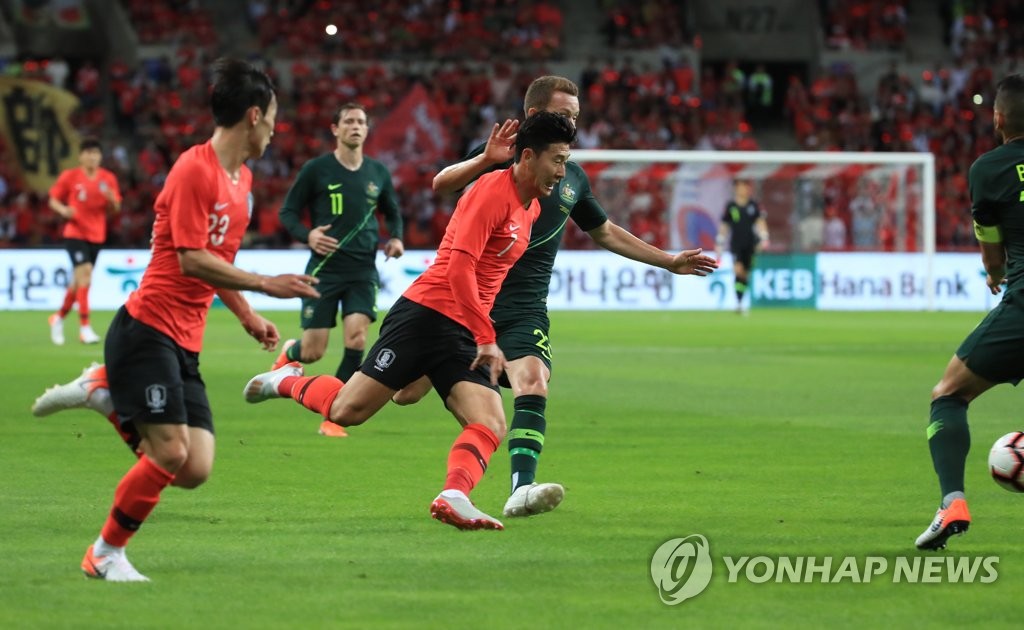